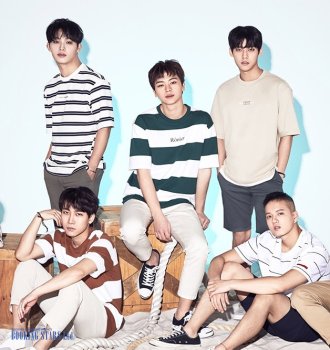 BTOB band appeared in 2012 in Seoul. The lineup includes seven young men Eunkwang, Peniel, Changsub, Ilhoon, Hyunsik, Minhyuk, and Sungjae. Initially, one more member was part of the lineup. However, Lee Minwoo left the band right before the debut due to health problems.

The band debuted on 21 March 2012 when the artists uploaded a track “Insane” to their YouTube channel. It became a lead single for the first EP, which the musicians called Born to Beat. The album featured four songs. It was officially released in April 2012. Singles "Insane", "Monday to Sunday", and "Imagine” earned popularity. The latter sold about 170,000 copies. Later, the artists released a special edition of the EP, which featured eight songs. The album climbed to the 3rd spot of South Korea Gaon Album Chart and came in 19th on Taiwan G-Music Weekly J-POP Charts.

In 2012, the band released one more EP, Press Play. It came in 4th on the national chart and settled on the 15th spot of the Taiwanese chart. The single “WOW” became a big hit in South Korea.

In 2013, the group worked on another EP, Thriller. It came in third on South Korea Gaon Album Chart and settled on the 16th position of Taiwan G-Music Weekly J-POP Charts. Singles "When I Was Your Man", "Catch Me", and "Thriller" became hits.

In 2014, BTOB recorded three albums, Beep Beep, Move, and The Winter's Tale. All of them topped South Korea Gaon Album Chart. Each album sold over 20,000 copies. For beginners, it was an impressive result. That year, the artists released several hits, including "Beep Beep", "You're So Fly", "You Can Cry", and "The Winter's Tale". All of them reached high spots on the national singles chart. At that time, many organizers tried to book BTOB for private events.

In June 2015, the artists released their first LP, Complete. It topped the official South Korean chart and became highly commercially successful, selling 47,000 digital copies. The songs "It's Okay", "One Man Show", "My Friend's Girlfriend", "Her Over Flowers", and "Live Well Yourself" turned into local hits.

In March and November 2016, BTOB released two EPs, Remember That and New Men. The albums reached the 1st and 4th spot of South Korea Gaon Album Chart accordingly. Both sold about 50,000 copies.

In December 2016, the band recorded its first album for the Japanese audience called 24 / 7. The LP immediately climbed to the top of Japan Oricon Albums Chart. It was commercially successful, selling over 30,000 copies in Japan.

In 2017, the group officially presented its second LP, Brother Act. It settled on the 4th spot of the national South Korean chart and made it into Billboard’s World Albums Chart. Songs "Missing You", "Blowin' Up", "Red Lie", and "My Lady" became hits. The same year BTOB released a new EP, Feel'eM. It came in second on the Gaon Chart and reached the 15th spot on Billboard’s World Albums Chart.

In 2018, the musicians came up with two EPs, This Is Us and Hour Moment. The former came in 2nd on the national chart and settled on the 15th place on Billboard’s World Albums Chart. The latter topped South Korea Gaon Album Chart and sold almost 100,000 copies. Singles “Friend” and “Beautiful Pain” turned into hits.