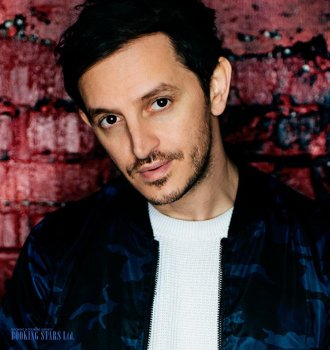 It's easy to get lost in the numbers behind Burak Yeter's meteoric rise.

Burak Yeter, 34, was born in Turkey and was educated at Ayasofya Primary School in Trabzon. At the age of 14, he moved to Samsun and attended three different schools: Yıl Cumhuriyet, Sumer (at the age of 15) and Ankara Cankaya Lisesi (at the age of 16) Secondary Schools.

He completed his high school in Antalya.

Due to Burak's family's work, they used to move to different places quite often. This «moving» lifestyle had a great impact on his behavior and world outlook.
At the age of 16, Burak started his career as a musician, opening his first recorded studio called «T Records» . It was situated in Antalya.

On Saturdays and Sundays he held different parties to make money and buy all the necessary equipment for his music studio. This additional income really helped him.
His rap group «Tatbikat», which was formed at his school ages, was his first experience of producing music.

In 2004 he moved to London. In the same year Burak Yeter was awarded as the best amongst 560 Djs at the MTV&Burn Dj contest.
Yeter's first solo Dj album «For action» was launched in 2006.

Connection Recors is all by means an incredible team which consists of different designers, managers, Djs. This a two-partner business is established in Holland and Turkey.

He also signed to a famous label Pioneer.

Burak's unique single «Mr International» had a great success. It got viral.

Hit single «Storm», launched in 2013, reached within the Top 100 spots on the dance charts internationally.

Burak Yeter is one-of-a-kind musician. His achievements are extremely impressive, and Burak still develops his sound. He has become constant headliner at the planet's biggest and most prestigious venues.