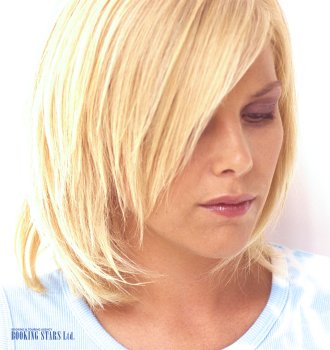 C.C. Catch is a famous singer, whose songs "Heaven and Hell", "Cause You Are Young", and "Heartbreak Hotel" are timeless. Her real name is Carolina Catarina Muller. She was born on 31 July 1964. Carolina’s father is from Germany and her mom is from the Netherlands.

When Carolina was young, her father spent a lot of time in Germany. She was brought up mostly by her mother. After high school, Carolina wanted to become a designer. She was serving an apprenticeship at a sewing factory. However, the future celebrity always found time to study vocals and train her voice.

Carolina wasn’t happy with her work as a seamstress. The factory she was working in didn’t provide good conditions for its employees. In 1979, the family moved to Germany, where Carolina’s singing career took off. The first step was a victory on a talent show as part of the band, Optimal.

While working with Optimal, the singer gained valuable experience, learned to dance and play the guitar. She honed her singing skills and learned how to perform on stage. Many producers seemed interested with Carolina but never went through with a contract.

For five years, between 1980 and 1985, Carolina has been trying to understand how to become a celebrity. Finally, she was noticed by a famous producer from Modern Talking, Dieter Bohlen. He saw her perform at a singing contest together with Optimal. The producer liked Muller’s vocal talent and invited her for an audition. Soon, Bohlen decided to become the singer’s producer and offered her a contract.

On her 21st birthday, Carolina released her first official single "I Can Lose My Heart Tonight", which immediately made it into many charts. The singer was becoming more and more popular, but not many people knew her identity.

The second single, "Cause You Are Young" came out in 1986. This time the cover featured the singer’s photo and real name. The single became even more popular than the first one. On the wave of popularity, C.C. recorded her debut LP, Catch the Catch. The album immediately became platinum in Germany and reached gold status in Spain. Many fans wanted to book C.C. Catch for private events at the time.

One by one, Catch’s songs were making it into European charts. The singer became an international celebrity. However, Modern Talking fans were skeptical about her work. They believed that C.C. is just repeating MT’s style. The producer, Dieter Bohlen, once said that Carolina is improving songs, which would have never made it into the charts if sang by Modern Talking.

In 1986, the singer released her second LP, Welcome to My Heartbreak Hotel. It became very successful. The single “Heaven and Hell” turned into a hit. It stayed in the top-10 of the charts for ten weeks together with “Heartbreak Hotel”.

In 1987, C.C. Catch presented her third album, Like a Hurricane. Fans and critics called it her best work so far. After some time, Carolina decided that the time has come for her to record a few songs for the new album on her own. Dieter Bohlen refused. The next album, Big Fun, came out in 1988. But a year later, Catch broke off the contract with Dieter.

When Carolina left Dieter, she took a big hit from her boyfriend Frank, who stayed with Bohlen to work in his project, Blue System. Bohlen wanted to claim all rights to Catch’s songs as well as the pseudonym. Carolina was supported by her parents. C.C. Catch managed to keep the pseudonym by paying $5 million to Bohlen.

Catch’s following albums weren’t as successful as her previous work. She worked with many successful producers, such as Andy Taylor, Simon Bell, and Dave Clayton. Her fifth album, Hear What I Say, came out in 1989.