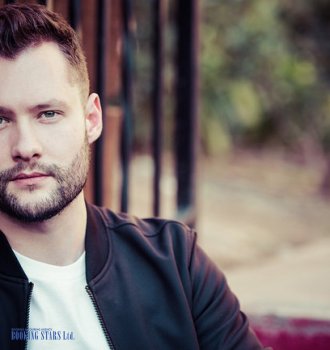 Calum Scott was born in Kingston upon Hull on 12 October 1988. In several interviews, Scott said that he was an average child, who had an average life in an average small town. When he was young, he never dreamed of becoming a celebrity.

The first popularity came to Calum in 2013 when he unexpectedly won a talent show, Mail’s Star Search, which was organized in his town. He conquered the hearts of judges and the audience. After winning the show, Scott realized that he had a real chance to become successful in the music industry. He joined Maroon 5 tribute band, called Maroon 4. Together they toured Great Britain.

After the tour, Calum and his friend John McIntyre created a duo they called The Experiment. In June 2014, the musicians released a successful song, "Girl (You're Beautiful)", which they got a chance to perform on TVs shows Good Morning Britain and BBC Look North. Even though the duo had great chances of becoming successful, it fell apart rather quickly.

In April 2015, Calum decided to audition for the ninth season of the British talent show, Britain’s Got Talent, which is part of Simon Cowell’s project Got Talent. Scott had controversial feelings about competing in the show because his sister was also one of the participants, but she dropped out early. Scott made it into the finals. Simon Cowell was impressed with the young man’s talent and offered him support.

It’s worth noting that after Calum joined the show, the internet broadcast ratings went up substantially, from 400 to 25,000. Scott came in sixth. Later, together with the other contestants, Calum went to tour the UK. He appeared on such shows and events as Viking FM Future Star Awards, Gibraltar Summer Nights, Westwood Cross Shopping Centre's tenth anniversary, Flamingo Land Resort Fair, Hull Daily Mail's Star, and Dartford Festival.

In April 2016, Calum presented his first solo single “Dancing on My Own”. It became a big hit. At first, it made it to the 40th spot of the West Hull FM radio chart. Then the song proceeded to the international arena, climbed the 2nd spot on UK Single Charts and came in 15th on Billboard’s Adult Contemporary Chart. The song became popular in Europe and went platinum. Many organizers tried to book Calum Scott for their events, and he often accepted.

The same year, the singer released one more single “Transformar”. It was a collaborative effort with Ivete Sangalo. A year later, Scott recorded "You Are the Reason", which was an international hit and became platinum in Australia.

In March 2018, the singer released the long-awaited debut LP, Only Human. It featured all his previously released hits and several more songs. The album came in 5th on UK Albums Chart and 5th on ARIA charts. To support the album, Calum went to tour the UK on his Only Human Tour.

For a long time, there were many rumors about Calum Scott being gay. He recently confirmed them. 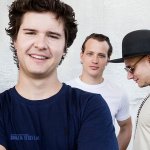