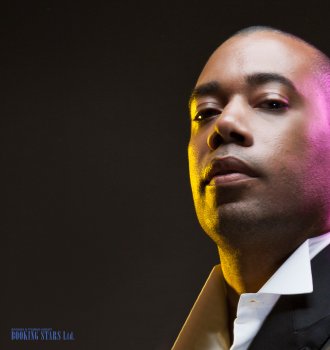 Carl Craig is generally considered to be an inspirational musician and music icon of electronic style. Grammy-nominated composer, he justifies the confidence of the audience. He is a world-famous Dj. His music is labeled as futurism. He guides by his ability to think ahead that is why his musical journey as a professional is unique.

Craig`s first single was released in 1989 in cooperation with Derrick May. He (Derrick) was Carl`s earliest mentor, and he marked a great imprint on Craig`s music.

He owns a label Planet-E. It was established in 1991, when he decided to have pure independence. The same year the musician recorded his initial album under Planet-E called «4 Jazz Funk Classics».

His crazy analysis of style began from that moment. There were lots of aliases like BFC, C2, 69, Innerzone Orchestra, Urban Tribe, Psyche etc., and lots of tracks were published under these monikers. Moreover, Craig also cooperated with iconic Detroit Jazz and produced several albums for them.

Craig has also worked with Les siècles orchestra and its «historical» event at Cité de la Musique in Paris. Craig repeated the same fusion in Germany and Milan too. He gives regular performances with Moritz Von Oswald and Francesco Tristano. Moreover, he has taken to Mike Bands.

Craig’s first real time performance as «69» was in 2011 at Unsound New York Festival. Some nightclubs and festivals were too honored by his presence.

In 2000 Craig took part inproducing the Detroit Electronic Music Festival because he is devoted to his native land and still lives in Detroit. The charitable institution called 503-C3 Carl Craig was also created by him. The concept of this charitable body is to seek methods to coach talented kids and form a new generation of musicians which will follow Detroit`s music concept and diverse. Also this organization lands small financial grants for young talented musicians to encourage them.

Craig claims, that he can collaborate with different kinds of artists including rock musicians, jazz and concert pianists.