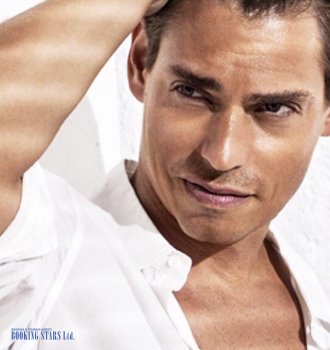 Carlos Roberto Baute Jimenez was born on 8 March 1974 in a Venezuelan city Caracas. When he was just 13 years old, Carlos joined a band called Los Chamos. Even though the band was popular, it often changed members. Carlos was part of the last lineup. Together they released the album Con un Poco de Amor (1990). Unfortunately, the group disbanded right after the release.

After Los Chamos fell apart, Carlos decided to begin a solo career. In 1994, he released the debut studio album Orígenes. The LP wasn’t very popular. At the same time, Baute worked as a model and on TV. He landed a role in a Venezuelan soap opera "Destino de Mujer" (A Woman’s Destiny).

In 1997, Carlos recorded a new album, Origenes II Tambores. Just like the previous LP, it didn’t make it into popular charts but was rather famous in Venezuela, where it reached high spots in the local ratings.

In 1999, Baute released the LP Yo Nací Para Querer. He partially produced the album. The LP was more popular than the previous two. Carlos produced the song “Te Quise Olvidar”, which became a local hit.

In 2000, Baute moved to Spain, where he continued working on his solo career. A year later, the singer recorded another album, Dame De Eso. Songs from the LP became popular all over Latin America. Soon it was certified platinum.

In 2004, Carlos signed a contract with Warner Music and released the new album Peligroso. The LP was recorded in Los Angeles and produced by Humberto Gatica.

In 2005, Baute finally managed to get international recognition with his sixth album Baute. The LP reached the 11th spot on Spanish Albums Chart. Carlos slightly changed his style but stayed with Latin pop. Thanks to the big popularity of the album, Carlos was invited to many TV shows. His success in the music business helped his acting career.

In 2006, Baute landed a role in a Spanish soap opera Mis Adorables Vecinos. He was part of 18 episodes. Due to a very busy schedule, it was nearly impossible to book Carlos Baute for any event. The same year, Carlos released a compilation album Grandes Éxitos, which reached the 16th spot on Spanish Albums Chart.

In 2008, Baute released his most famous album to date De Mi Puño Y Letra. It reached the second spot on Spanish Albums Chart and received a platinum certificate. Later it was certified golden in Mexico. After the release, Baute went on a Latin American tour. Upon the return, he immediately started working on a new album.

In 2011 and 2013, Carlos released two LPs Amarte Bien and En el Buzón de Tu Corazón. Both albums reached high spots on Spanish Albums Chart. However, they weren’t as popular as the previous LP.

Today Carlos is actively working on his music and acting career. He is married to a Venezuelan model Astrid Klisans. 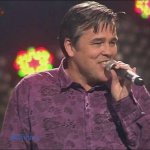