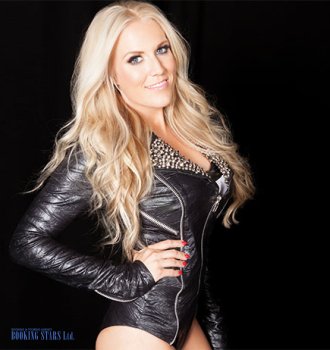 German band Cascada, famous for such hits as "What Hurts the Most" and "Everytime We Touch", was formed in 2004. Its founders were Natalie Horler and producers DJ Manian and DJ Yanou.

The group’s story began in a German town, Bonn. When Natalie was 17 years old, she was already trying her skills as a singer and working with many DJs. One day, she met Yann Peifer (DJ Yanou) and Manuel Reuter (DJ Manian). They immediately decided to work together and came up with the name Cascade. However, the last letter of the band’s name had to be changed since another German musician had the same pseudonym.

The debut single “Miracle” was recorded with the assistance of the label, Andorfine Records. The song went gold in the USA and France. It climbed to the 32nd position of the national German chart. It was an overwhelming success for the new group. Many fans wanted to book Cascada for private events. People all over Europe and the United States were listening to its hits.

The success brought the band many offers from different labels. Eventually, Cascade signed a contract with Robbins Entertainment. A year later, the group presented a new single, "Everytime We Touch", which was a cover to Maggie Reilly’s song. The song became a huge hit. It earned several platinum and gold certifications in numerous countries. After its release, the group began working in its debut LP. It was completed in just a few months. Everytime We Touch featured eight singles, all of which became hits and climbed to the top-10 of British and American charts.

The debut album was so commercially successful that the band got a World Music Award for Best-Selling German Artist Award. The LP sold over 3 million copies worldwide.

Soon after the release, Natalie announced that she was working on the next album. The track list featured cover versions to songs of such artists as Pink, Avril Lavigne, and Patti Smith. The British and American versions of the album were different since the American label couldn’t acquire the rights to all songs.

In 2007, Perfect Day, came out in the northern part of Europe. The rest of the countries, including the United States, saw it in 2008. The album sold over a million copies. The lead single “What Hurts The Most” was very successful in many countries and earned gold certification in the USA.

In the spring of 2008, Cascada started working on the third LP, which eventually came out in 2009. The album, Evacuate the Dancefloor, was the first one for the group not to contain any covers. The critics gave it mixed reviews. However, the lead single, "Evacuate the Dancefloor", managed to top the UK Singles Chart and become a hit all over the world. In the USA and Australia, the song went platinum. In Germany and New Zealand, it became gold.

The musicians considered the reviews of the critics and decided to experiment when recording the next album. The artists began creating new singles, which they planned to combine for the next LP.

In 2010. Cascade recorded "Pyromania" and "Night Nurse". A year later, they presented the next album, Original Me, which came out in the UK in a digital format. For an unknown reason, Robbins Entertainment didn't sponsor a release in the USA. The album didn’t become as popular as its predecessors.

In 2013, Cascada got a chance to represent Germany on Eurovision. They won the local contest Unser Song für Malmö and went to Eurovision 2013. However, the band reached the 21st spot only. The group performed the single “Glorious”. Some critics declared that the single was a copy of Loreen’s song “Euphoria” with which she won Eurovision a year earlier.

In the spring of 2015, Natalie took a break due to pregnancy. All the shows and tours were canceled for the rest of the year. The singer came back to the stage in December. The group toured Austria, the UK, Norway, and Germany.

After a two-year break, in 2017, Cascada released a new single “Run”. Soon another song “Playground” came out. It became the official song of the 2017 IIHF Ice Hockey World Championship.

In 2018, the group recorded a non-album single, "Back For Good", and a remix of “Everytime We Touch”. After the release, Cascada embarked on a tour of Australia.