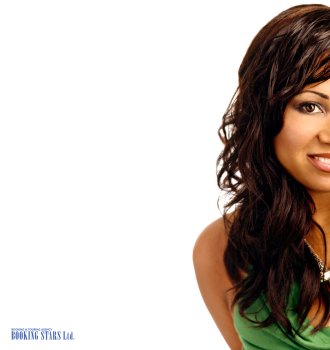 CeCe Peniston’s real name is Cecilia Veronica Peniston. She was born in Dayton, Ohio on 6 September 1969. Cecilia’s father served in the military. His strict approach to parenting helped Peniston achieve great heights. Cecilia loved music since childhood. She sang in a gospel choir. In 6th grade, she landed a role in the school musical H.M.S. Pinafore. The girl participated in each talent show, which was arranged in her hometown. She also took piano lessons.

While attending Browne High School, the young singer worked with the local theater on Bubblin' Brown Sugar. She also continued studying music. Many of her later released songs were written while Cecilia was still in high school. After graduation, Peniston attended Phoenix College. She devoted her time to sports and modeling business. Cecilia became Miss Arizona in 1989 and earned a title of Miss Galaxy in 1990.

The titles in the beauty world allowed Peniston to gain self-confidence and pursue her dream of becoming a singer. In 1991, the singer worked with Tonya Davis to record the album, Female Preacher. Songs "Kickin' Da Blues", "Female Preacher", and "I Like It" were created with Cecilia’s assistance.

The same year, the artist recorded a solo single “Finally”, which was impressively successful. The song topped US Dance Club Songs Chart and came in 29th on the UK Singles Chart. In 1993, the single achieved international success, appearing on the charts of many European countries, Australia, and New Zealand. The single brought Peniston a Billboard Music Video Award for Best New Artist – Dance and a BMI Award for Urban Award of Achievement.

“Finally” was featured in an LP with the same name, which appeared in January 1992. The album reached the 13th spot of US Billboard R&B/Hip-Hop Chart and settled on the 70th position of Billboard 200. Besides the mentioned single, the album featured other hits, such as "We Got a Love Thang", "Crazy Love", "You Win, I Win, We Lose", and "Inside That I Cried". At that time, many fans tried to book CeCe Peniston for their events.

It didn’t take long for the singer to come up with the second LP. In 1994, Cecilia’s fans were already buying Thought 'Ya Knew. The album climbed to the 96th spot of Billboard 200 and reached the 20th position of Billboard Top R&B/Hip-Hop Albums Chart.

A year later, Peniston released a new album called Good News in Hard Times. It was recorded with the assistance of The Sisters of Glory. The album climbed to the 29th spot of Billboard Top 40 Gospel Albums Chart.

In 1996, CeCe presented a new LP, I'm Movin' On. It reached the 48th spot of Billboard Top R&B/Hip-Hop Albums Chart and failed to make it into Billboard 200. The singles “Movin' On", recorded with the assistance of Suga T, and "Before I Lay (You Drive Me Crazy)", created with JoJo Hailey, became popular in the USA and Canada.

Between 1998 and 2001, the artist presented four compilation albums with her best hits aimed at different audiences, including fans in Japan and Canada.

In 2008, the artist recorded an EP, CeCe Peniston. The album featured just three songs and didn’t make it into the charts.

In 2010, Peniston released a live album, Divas of Disco – Live. It was created with the assistance of Thelma Houston, Linda Clifford, A Taste of Honey, and France Joli.

In 2010’s CeCe tested her acting skills. She appeared in the films, Thorns from a Rose and Where Is Good?  Peniston also had several roles in the theater plays.

Even though the singer has a busy schedule, she finds time for charity projects. CeCe continues recording songs and performing live.