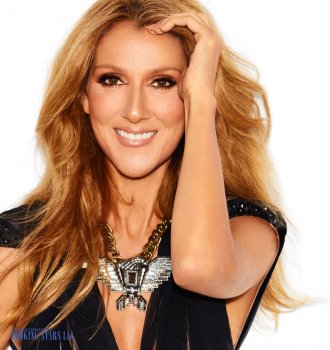 Celine Dion was born on 30 March 1968 in Canada. She was part of a very large family. The first success as a singer came to Dion when she was still a teenager. Her boyfriend and manager Rene Angelil staked his house to collect money for Celine’s first professional record. In the 1980’s the singer released eight albums in French.

In 1990, Celine recorded her first album in English language, Unison. It brought her fame and popularity all over the world. Before 1999, Dion released several more albums in English and French. They were all very successful. The singer became an international celebrity. Many fans wanted to book Celine Dion for their private events.

In 1999, Celine took a break to spend time with her family. Rene, who by that time became her husband, was diagnosed with cancer. The singer decided that her husband needed as much attention and support as she could give. Her fame didn’t wane during the break. And upon coming back to the music world in 2002, she immediately signed an advantageous contract to give converts in Las Vegas.

Celine performed her songs in different genres, from R&B and rock to classics and gospel. Critics often had conflicting opinions about her performance. However, Dion conquered her fans’ hearts with professional singing and impressive voice control. Celine became a record holder in several music categories. She is the most sold singer in the history of Canada. Dion has the second place in the USA singer rating. She is also the only singer, who managed to sell over a million copies of two singles in the UK. Throughout her career, Celine won 1100 prestigious music awards.

D’eux, which was recorded and released in 1995, became the most popular and bestselling French album in music history. In 2004, the singer earned a prize at World Music Awards for selling 175 million copies of her albums. At the moment, the number already exceeds 220 million. In 2017, Forbes magazine put Celine on the list of the best-paid singers in the world.

The singer is often called one of the most influential voices in pop music. She is compared to such big stars as Whitney Houston. Dion created several soundtracks for Hollywood movies. The most famous one is “My Heart Will Go On” for Titanic (1997). In 2018, she recorded another soundtrack “Ashes” to the superhero movie Deadpool 2.

Dion’s personal life wasn’t as successful as her career. For many years, she has been battling reproductive system problems. In 10 years, she underwent two surgeries. In May 2010, Celine and Rene finally announced the long-awaited pregnancy. In October, Dion gave birth to healthy twins. In December, the singer appeared with her children on the cover of one of the largest Canadian magazines. The same year, Celine became a Goodwill Ambassador in one of the UN programs.

The beginning of 2016 was very tough for the singer. In January, Rene died from cancer. He was 73. Two days later, Dion’s brother Daniel passed away. He was just 59 years old. These untimely deaths were a big hit for Celine, who managed to pull herself together and continue working.

Celine Dion continues recording new songs and gives concerts all over the world.