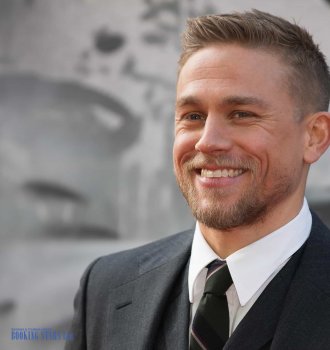 Charles Matthew Hunnam was born on 10 April 1980 in Newcastle, UK.

When Hunnam was 17 years old, he was looking for shoes in a nearby shoe store and was noticed by the production manager of a children’s TV series Byker Grove. Hunnman was invited to audition for the series and landed a role of Jason Chuckle. The character appeared in three episodes.

Even though the role was small, it gave a good jump-start to the actor’s career. Soon he got a starring part on the TV series Queer as Folk. For two years, Charlie portrayed 15-year-old gay boy Nathan Maloney. At about the same time, Hunnam debuted on the big screen in the movie Whatever Happened to Harold Smith? After the filming was done, the young actor moved to the USA.

In 2000, Charles appeared in the TV drama Young Americans, in which he portrayed the “bad guy” Gregor Ryder. In 2001 and 2002, Hunnam appeared in the sitcom Undeclared. He played the leading role of a British student Lloyd Haythe.

In 2002, Charlie portrayed Embry Larkin in the psychological thriller Abandon. He played alongside Katie Holmes, who was his on-screen girlfriend.

The same year, Hunnam got a starring role in the British American drama Nicholas Nickleby, the script of which was based on Charles Dickens’ The Life and Adventures of Nicholas Nickleby. The movie was approved by the critics. It received several awards and nominations. Hunnam earned an award from National Board of Review as "Best Acting by an Ensemble".

In 2003, Charlie got a small part in the movie Cold Mountain, in which he worked together with such movie stars as Jude Law, Nicole Kidman, Natalie Portman, and many others. The movie earned an Academy Award. After the filming was over, Hunnam returned to the UK because he was offered a leading role in an independent movie Green Street. The film came out in 2005.

Hunnam’s work caught the attention of Kurt Sutter, the creator of the TV drama Sons of Anarchy. Eventually, Charlie landed a leading role of Jackson Teller. The series ran from 2008 until 2014, bringing the actor impressive fame and approval from the critics. Between 2011 and 2015, the actor was nominated for eight prestigious awards. Many fans tried to invite Charlie Hunnam to their private events.

Hunnam’s next project was the role of Patric in the sci-fi film Children of Men (2006) based on the novel by P.D. James.

In 2011, Hunnam appeared in the thriller The Ledge, in which he worked together with Liv Tyler.

Next year, the actor got another starring part in the sci-fi movie Pacific Rim.

The next leading role came to Hunnam in 2016, when he worked on the movie The Lost City of Z. Charlie portrayed the explorer and traveler Percy Fawcett.

In 2017, Hunnam was cast as Arthur in Guy Ritchie’s movie King Arthur: Legend of the Sword. The film wasn’t as commercially successful as the creators hoped.

In 2018, Charlie is working on a crime drama Triple Frontier, in which he’ll appear with Ben Affleck.

In 2019, Hunnam’s fans are waiting for the movie A Million Little Pieces directed by Sam Taylor-Johnson. Charlie will play Bob Frey Jr.