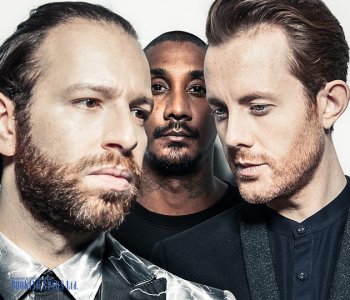 Chase and Status is a British electronic duo, which consists of Saul Milton (Chase) and Will Kennard (Status). They started working as producers in 2004. The first release by Chase and Status was a remix to "Future Cut 20/20", created with the assistance of Renegade Hardware. Then they recorded such popular tracks as "Hoodrat", "Iron Fist" and "Love’s Theme" with the assistance of such labels as Habit, BC Presents, and Bingo. Both musicians got support from popular artists such as Pendulum, Friction, Andy C, Mampi Swift, and Bad Company, who played the duo’s tracks on the radio.

The group was closely following changes in drum and bass music style. In February 2005, they presented a studio mix at DnB Arena and then got an invitation to 1Xtra radio. The same year, musicians recorded such popular tracks as "Menace", "Barbarians", and "Glitch" with the support of Renegade Hardware. The two artists also presented a new hit, “Duppyman”, recorded with Capleton. Then they released “Top Shotta” with Roll Deep. At that time, many clubs started trying to book Chase and Status for private events.

In 2007, the duo presented a new track “Hurt You”. The hit “Take Me Away” appeared a year later. Both songs topped British charts. In October 2008, musicians conquered the 70th spot of the UK Single Chart and topped Dance Chart with their single “Pieces”, recorded with Plan B. The same year, they presented a debut LP, More Than Alot, which reached the 49th spot of the UK Albums Chart. Next year, the LP brought them a Drum And Bass Award as Best Album.

In 2009, Chase and Status reached the 45th spot of the British chart with their song “Against All Odds”. Their next LP appeared in 2011. The artists called it No More Idols. The album featured songs from many hip-hop artists including Mali, Tempa T, and Dizzee Rascal. In the UK, the album topped the Dance Chart and earned gold status in a week.

In 2012, the duo headlined South West Four - an electronic music festival in London. In October, they presented a new single “Big Man”, recorded with Liam Bailey. It was available for free downloading at the group’s official website. Soon, they filmed a music video for the song and uploaded it to YouTube. It quickly collected more than a million views.

In March 2013, the duo appeared on Roskilde Festival. The artists performed right after Metallica. The same year, they attended Reading Festival and Leeds Festival.

In June, the single "Lost & Not Found", recorded for the upcoming album, was uploaded to Vevo. Soon musicians announced working on a new LP, which they wanted to call Brand New Machine. One of the singles recorded for the album was “Count on Me”, which quickly reached the top of many charts. The album came out in October with the support of Mercury, MTA, Vertigo, and RAM. The same month, the artists went to India to participate in the NH7 Weekender Festival.

At the end of July 2014, musicians performed at Global Gathering. In November, they showed their skills on The Big Reunion show. At the end of the year, Chase and Status appeared in Rhythm & Vines.

While working on the next album, the duo was releasing one track per week. In December 2015, they presented four songs on one EP, London Bars. It was a limited edition album, which the artists sold at Record Store Day 2016 Festival. All the songs were played on BBC Radio 1Xtra and Kiss.

The fourth LP, Tribe, was released in August 2017. To record it, the duo invited such artists as Slaves, Shy FX, Emeli Sande, and Craig David. The album had more drum and bass sound than the previous release. The artists seemed to be going back to the genre, which they achieved the most success with. 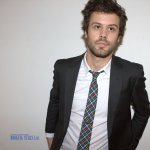 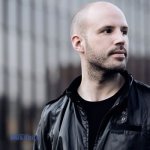 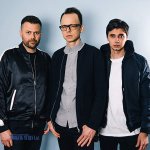