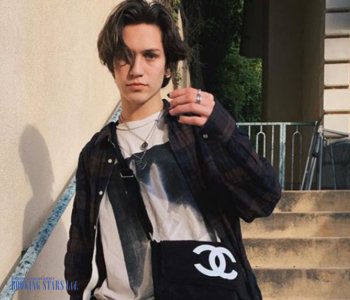 Chase began his social media career on the video sharing platform Vine and Dubsmash, where he made and shared his videos. His career took off when he joined the video sharing platform Musical.ly, which later became known as TikTok. The social media star is known as an e-boy, a subculture of young and attractive online teens that became popular on TikTok in 2019, when the app exploded in popularity. E-boys are characterized by their hip clothes, fashion sense, chains, nail polish and dyed hair, among other things. Chase is known on TikTok for posting dance videos and more ironic videos.

Chase went to Bear Creek High School in his hometown for the first half of his high school career before he moved his courses online so he could focus more on his social media career.

The social media star also started his own YouTube page, where he posts videos about clothing hauls, vlogs, reaction videos and more.

Chase is best-known for founding the TikTok collective known as the Hype House with other fellow TikTok stars like Alex Warren, Daisy Keech and Thomas Petrou. The house and its members were featured in a big story in the New York Times shortly after they established themselves. Several members of the Hype House live in the physical house in Los Angeles and collaborate together and create content. Chase does not live in the physical house, but will visit often to work with his friends.

Chase has been somewhat open about his personal life. In early 2019, the star dated Cynthia Parker, a fellow online celebrity. However, they broke it off the same year.

Chase later dated TikTok star Charli D’Amelio, and the two have an on-again-off-again relationship. In 2019, the stars started dating, but kept their relationship status vague. On Valentine’s Day in 2020, the couple posted photos to confirm their relationship. However, they later broke it off due to cheating rumors and other undefined factors. Later in the year, it was rumored they were back together.

Chase is being represented by WME, one of the world’s largest talent agencies. The agency will represent him when it comes to modeling, films, tours and more.