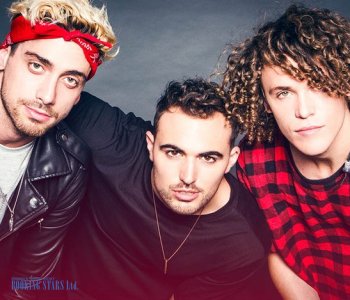 Cheat Codes was formed in 2014 by three DJs, KEVI (Kevin Ford), Trevor Dahl, and Matthew Russell. Before joining the band, all of them tried working as solo electronic pop-music artists. Trevor initially performed using the pseudonym, Plug In Stereo.

The debut single “Visions” came out in 2015. It climbed to the top spot of the popular Hype Machine’s chart almost immediately. The next singles recorded by Cheat Codes were "Adventure", "Don’t Say No", and "Senses". They also reached high spots on several charts. For example, “Adventure” came in third on the Hype Machine’s rating. The DJs were uploading music videos for their songs to YouTube. In less than one year, they collected more than 15 million views. Together with the group The Chainsmokers, which also worked with electronic dance music, Cheat Codes embarked on a big tour, which became their first.

At the beginning of summer 2016, the band presented a single, "Let Me Hold You (Turn Me On)", recorded with Dante Klein. They used a sample from Kevin Lyttle’s “Turn Me On”. In just a short period, the song was listened to more than 100 million times.

In one month, the band presented another single “Sex”, which went platinum in many countries. In one of his interviews, Matthew Russel shared that the hit was written in under one hour. Soon, the group presented a music video, which by 2019 collected over 150 million views on YouTube. After that, many clubs started trying to book Cheat Codes for private events.

The trio performed at the Billboard Hot 100 festival and signed a contract with 300 Entertainment in September. In November, with the support of a new label, the band presented a new hit “Queen Elizabeth”. It was produced by Foreign Noi$e.

In the spring of 2017, the artists recorded a new single, which became a hit immediately. The song “No Promises” was created with a famous singer, Demi Lovato. It reached the top 10 of Billboard Hot 100. In a month, the artists presented a music video for the single, which easily collected more than 20 million views on YouTube in just a few weeks. The group and Demi Lovato performed the song at The Tonight Show Starring Jimmy Fallon.

Soon after that, Cheat Codes presented a new single “Stay With You”, which was recorded with Cade. Before the year ended, the group recorded many other hits, among which were "Sober" with Nicky Romero and "Feels Great" with Fetty Wap and CVBZ.

In June 2018, the artists released a new song “Only You”, which they created with a British girl band, Little Mix. Later, the single was featured in their compilation album, Love Island: The Pool Party and Little Mix’s LP, LM5

The same year, Cheat Codes presented an EP with a simple name, Level 1. The album came out with the support of 300 Entertainment. The digital version became available for download in the summer of 2018. It featured six songs, among which were such hits as "I Love It" and "Balenciaga". Later that year, the group worked with Kiiara to record "Put Me Back Together", with Danny Quest on “NSFW”, and with Kim Petras on “Feeling of Falling”.

In June 2019, the group came up with the second EP, Level 2. Fans and critics gave it positive reviews. The same year, Cheat Codes continued working with other celebrities.

They recorded "Ferrari" with a popular DJ Afrojack, "Who's Got Your Love" with Daniel Blume, "Be the One" with Kaskade, "I Feel Ya" with Danny Quest and Ina Wroldsen, "All of My Life" with Trixxie, and "Highway" with Sofia Reyes and DJ Willy. They also presented a remix of Sam Smith and Normani’s "Dancing with a Stranger".