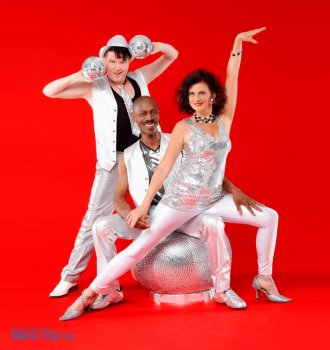 Chilly is a German disco band that was popular in the end of the 1970’s and beginning of the 1980’s. Their famous songs are “Friday On My Mind”, “For Your Love”, and “Johnny Loves Jenny”. Chilly was established in 1978 by Bernt Mohrle and Christian Kolonovits. They spent a long time coming up with the name of the project. The music genre was chosen to be rock-disco. The producers hired Ute Weber, Werner Sudhoff, Andrea Linz, and Oscar Pearson.

The first hit was created by Bernt. He took the popular 1960’s song For Your Love, which was performed by The Yardbirds and changed it slightly. As a result, he got a successful single with the same name and the group signs a contract with Polydor Records. Shortly after that, the group releases the album also called “For Your Love”. The famous single managed to get to the 41st place in the German music chart and stayed there for 7 weeks.

In 1979, vocalist Andrea Litz left the group and Bernt hired Sofia Ejango, who would later leave to create her own project, Cherry Laine. With Sofia Chilly the group went to conquer the USA with the album “Come to L.A.”. The famous singles from that album are Come to L.A. and Get Up and Move.

In 1980, the group released the next album Showbiz. One of the singles from that album “We Are The Popkings” became a hit. One of the reasons for the popularity were the new electronic technologies. After that album, the group’s popularity starts to wane. Bernt releases two more albums “Secret Lies” in 1982 and “Devil’s Dance” in 1983.  The last single recorded by Chilly “Goo, Goo Eyes” was mostly created by Ute Weber and produced by Bernt. It was released in September 1983.

The ex-vocalist of Chilly Sofia Ejango recorded two more singles No More Monday/Al Capone in 1980 and Jungle Lover Boy in 1986.