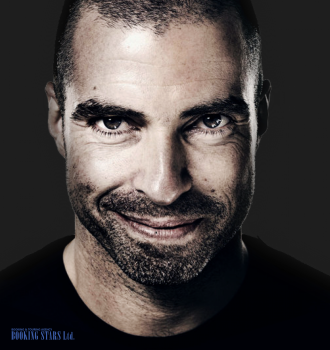 Chris Liebing is one of the artists in the steadily and rapidly growing world of electronic music who has faithfully dedicated the past 25 years of his life to the performance, production, distribution and broadcasting of Techno on a global level. He has run a club and several successful club nights, has held residencies in many of the most prestigious venues worldwide, produced his own music and the music of other artists, founded record labels, hosted radio shows, won awards for different branches of his professional efforts and has been an unshakable pillar and devoted ambassador of innovative Techno.

Just like many other artists who passionately dedicate a vast amount of time to a cause, evolution and constant change have been a significant part of his career and have led him to where he is at this very moment. In 2015 he is more in demand than ever and is continuously touring on various continents. After playing for established nights like Cocoon, Carl Cox and Music On in Ibiza, he is now holding a residency for HYTE at the island´s iconic Amnesia club and recently played several dates for Richie Hawtin´s ‘CNTRL: Beyond EDM’ US tour alongside artists like Loco Dice, Josh Wink, Seth Troxler, Matthew Dear, Matador, Dubfire and Victor Calderone.

Chris always stood and still stands for solid Techno on the deeper side of the musical spectrum. His sets are sonic journeys between darkness and light, always far away from the beaten tracks of the musical mainstream. Being a kid from the 80s and growing up with Synth Pop bands like Depeche Mode and electronic dance acts like Nitzer Ebb amongst many others, his musical background also contains the melancholy, the vocals and the melodies from this era, which he increasingly blends into his current sets. People who exclusively know him for his fast and unrelenting Techno sets of the past might be surprised about those new facets he is adding to his at all times dynamic sound.

He was one of the first DJs that used the new possibilities in the course of the digitalization of music in a consequent and creative way and is incessantly searching for new ways of intuitive expression. The real-time manipulation of the individual tracks and sounds plays an important role in his DJ sets. Due to the good co-operation with various software and hardware makers, his current setup offers him practically endless possibilities, which he uses to create an irresistible groove and an ever-changing, unpredictable musical flow.

With his continuous touring, his established CLR label and the CLR Podcast, which he hosted from 2009 until 2015, he has written international Techno history and has just recently started a new weekly radio broadcast. The AM/FM show is published every Monday and features an hour of one of his current sets without any edits or touches, just in its raw and unbridled form. After 25 years he is still inspiring generations of DJs and music lovers worldwide and is enjoying his craft more than ever.