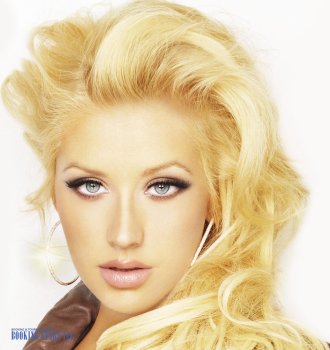 Christina Aguilera was born on December 18th, 1980 in Staten Island. She is a famous singer, songwriter, and actress. She holds numerous music awards, including five Grammies. Aguilera is mostly famous for her hits “Genie In a Bottle”, “Come on Over Baby (All I Want Is You)”, “Lady Marmalade”, and “Beautiful”.

Christina Aguilera first appeared on national TV as a participant of Star Search show in 1990. Nine years later, she became famous after the release of her debut album Christina Aguilera (1999). The LP topped Billboard 200 and sold over 17 million copies worldwide. Each following album was accompanied by a change of image, style and song themes.

Besides being an international music star with a unique voice, Aguilera is a fashion icon. Her constant image changes inspire millions of fans. However, she doesn’t just spend time on herself. Christina dedicates herself to charity and voices her opinion about the situation in the world. Aguilera is one of the most successful celebrities of the first decade of the 21st century.

In 1998, Aguilera was chosen to perform a soundtrack for the Disney’s animated movie Mulan. This song allowed Christina to sign a contract with RCA Records. She immediately released her first album, which was extremely successful. Singles from that album “Genie in A Bottle”, “What A Girl Wants”, “Come On Over Baby (All I Want Is You)”, and “I Turn To You” became hits.

In 2002, Aguilera released another studio album Stripped. The LP was a mix of several music genres, including modern R&B, soul, ballad, and hip-hop. The most famous singles from that album were “Dirty” and “Beautiful”. Both of them stayed on top spots of various charts for a rather long time.

In 2006, Christina released her most successful album Back To Basics. It topped all the famous music charts in the USA and Europe. The album sold over 5 million copies worldwide.

Aguilera released three more albums Bionic (2010), and Lotus (2012). Even though these albums were not as popular as her previous LPs, they sold hundred thousands of copies worldwide.