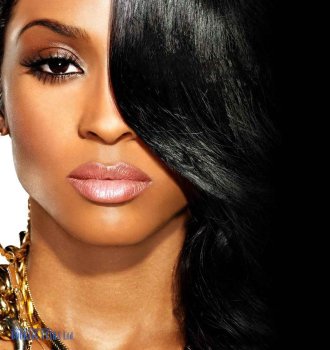 Ciara was born on October 25, 1985, in Austin, Texas. She is a singer, songwriter, producer, and actress. Ciara is mostly famous for her songs “Goodies”, “1,2 Steps”, and “Oh”. She holds numerous awards, including Grammy, BET, and MTV Music Awards.

Just like many young girls, Ciara wrote poetry, but no one took it seriously until she was noticed by Jazze Pha, a famous producer from Georgia.

In 2003, Ciara signed her first contract with LaFace Records. A year later, she released her debut album Goodies. Just a week after its release in the USA, the LP sold over 125,000 copies. It was recorded by Ciara and a rapper/producer Lil Jon. The album immediately reached top spots in the USA, UK, and Canadian charts. Singles from that album, “1,2 Step”, recorded together with Missy Elliot and “Oh’, created together with Ludacris were extremely popular and reached the second spot on Billboard Hot 100. The songs received numerous awards.

In 2006, Ciara released her second studio album Ciara: The Evolution. The LP topped Billboard 200 and US R&B/ Hip-Hop Album chart. The album received a platinum certification. The most popular singles from that album were “Get Up”, “Promise”, and “Like a Boy”. 338,000 copies of the album were sold in just the first week. Eventually, the album sold over a million copies in the US only.

In 2009, Ciara released her third album Fantasy Ride. Even though it included a hit “Love Sex Magic” accompanied by a music video starring Justin Timberlake, the album was less popular than the predecessor. It sold 193,000 copies in the first week. However, it brought Ciara a Grammy nomination. “Love Sex Magic” made it into top-10 of the charts in 20 countries and became platinum in Australia and golden in New Zealand.

In 2010, Ciara released her next album Basic Instinct, which was again less popular than her previous work, reaching only the 44th spot of Billboard 200.

In 2011, Ciara signed a contract with Epic Records and two years later released her 5th album, Ciara. The album reached the second spot on Billboard 200 and sold 208,000 copies in the USA.

In 2015, Ciara released her 6th studio album Jackie, which didn’t fail but was obviously less successful than her previous work. Ciara continues to write songs and give live concerts.

How much does it cost to book Ciara:
Price inquiry
Ciara booking agent:
Contact agent
Ciara Contacts:
Send Ciara a message
« previous next »