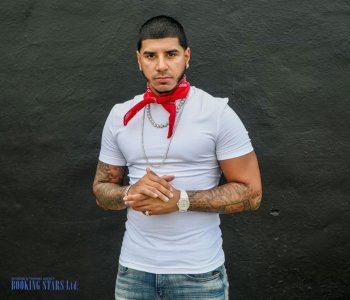 Christopher Daniel Soriano started rapping in his teens and was uploading music under his stage name before he turned 20.

He gained some attention in 2018 with "Pop," featuring 6ix9ine, and made another advancement in 2019 with the more melodic "Understood." "Whoopty," inspired by the Brooklyn drill scene -- more specifically that scene's Pop Smoke -- followed in 2020.

Originally released independently, it was picked up by major-label Warner and reached the Billboard Hot 100 that November, by which point CJ was featured on a remix Busta Rhymes' "Czar."

Three months later, "Whoopty" peaked at number ten in the U.S. -- having gone Top Ten in the U.K. and Belgium as well -- and CJ offered the eight-track Loyalty Over Royalty EP, containing "Whoopty" and another well-received single, "BOP."