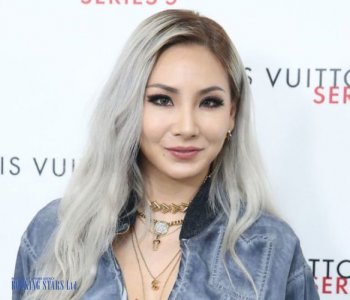 CL - Korean superstar who started as a member of K-pop girl group 2NE1 and later embarked on a solo rap career.

Korean superstar CL broke into the mainstream as a member of K-pop girl group 2NE1, later embarking on a solo career as a rapper and singer. In addition to featuring on tracks with the likes of Diplo and Psy, she issued her bombastic first single "Hello Bitches" in 2015. Busy with collaborations and a performance at the 2018 Pyeongchang Winter Olympics, she returned to her solo material in earnest at the close of the decade with the EP series In the Name of Love.

Born Chae-rin Lee in Seoul, CL spent much of her childhood in Japan and France, developing a love for music by listening to artists like Queen, Lauryn Hill, Madonna, and Lil' Kim. She made her first appearance on Big Bang's "Hot Issue" in 2007 before entering the K-pop world as a member of 2NE1 in 2009. As the lead rapper of the quartet, CL brought some edge to the outfit, who went on to become one of the biggest K-pop acts of the late 2000s. In 2009, she featured on G-Dragon and Teddy Park's "The Leaders," as well as on a track with fellow 2NE1 member Minzy on "Please Don't Go." In the years that followed, 2NE1 would release a handful of EPs and albums, even breaking into the Top Ten of the Billboard world charts with To Anyone and follow-up Crush.

CL made her solo debut with "The Baddest Female" in 2013. Riding a buoyant hip-hop beat and dubstep break, CL created an empowering anthem that sounded like M.I.A. (who would later appear on a remix of her follow-up track, "Hello Bitches"). She signed with Scooter Braun in 2014, later joining with Skrillex, Diplo, and G-Dragon on "Dirty Vibe." Another Diplo collaboration arrived the next year. "Doctor Pepper" featured RiFF RAFF, OG Maco, and CL on a dark trap banger that peaked within the Top 50 on the Korean charts. The aggressive "Hello Bitches" fared even better, rising close to the Top 20. Her follow-up single "Lifted" was slated to appear on an EP of the same name, but that never appeared. Nonetheless, the single marked CL's first appearances on the U.S. Hot 100 and Rap charts. In the years that followed, she toured, collaborated with Lil Yachty, and contributed to a handful of soundtracks. In 2018, she was also part of the Winter Olympics closing ceremony. She closed the decade by issuing a series of singles that culminated with a full compilation EP, In the Name of Love.