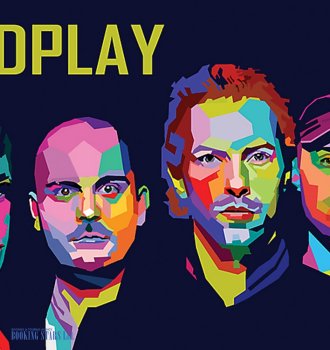 The name Coldplay didn’t appear immediately. Initially, the musician performed under the name Starfish. The musicians renamed the band in 1998.

In the spring of 1998, Coldplay released an EP, Safety, which was sponsored by their manager Phil Harvey. Some of the copies were sent to different labels and some were handed to friends and family. Only 50 copies of the album were meant to be sold. The EP turned out to be very popular. In December, Fierce Panda label invited the band to record a single. The musicians came up with “Brothers& Sisters,” which was later re-released as part of the 1999 EP with the same name. The song reached the 92nd spot on the UK Singles Chart and attracted the attention of labels, music critics and radio stations. Eventually, the group signed a contract with Parlophone. Soon they released their third album The Blue Room, which sold over 5,000 copies.

In the fall of 1999, the group started recording their debut studio album. The first single from the LP, “Silver”, reached the 35th spot on the UK Singles Chart. The second single “Yellow” became a hit in the USA and UK. The music video for the song was successful on MTV. After Parachutes (2000) came out, the group seemed to climb a peak of its popularity. The LP topped UK Albums Chart. It was nominated for a Mercury award in 2000 and earned two Brit Awards in 2001. The next year, Coldplay won its first Grammy for Best Alternative Album. More than 9 million copies of the album were sold around the world.

Inspired by the success of the first album, the musicians released one more in 2002. A Rush of Blood to the Head came out under Capitol Records and turned out to be even more successful than the predecessor. Coldplay earned a variety of awards for the 2nd LP, including three MTV Video Music Awards and a Grammy in 2003. The single “Clocks” earned a Grammy Award in 2004. The group became extremely popular. It was impossible to book Coldplay for any private event. Their albums were selling millions of copies. The critics were giving the artists wonderful reviews. The tickets to the concerts were sold out.

In 2005, the band released another LP, X&Y. It became the most sold album under the EMI label that year. More than 8 million copies were sold. The LP topped charts in many countries, including USA and the UK. It featured such hits as “Speed of Sound”, “Fix You”, “Talk”, and “The Hardest Part”.

The next two albums Viva la Vida or Death and All His Friends (2008) and Mylo Xyloto (2011) were impressively successful. The song “Viva La Vida” topped Billboard Hot 100 and earned a Grammy Award. Mylo Xyloto sold over 9 million copies.

In 2014, the group released a popular studio album Ghost Stories (2014) and a live album, Ghost Stories Live 2014, which brought the artists another Grammy.

The 7th LP, A Head Full of Dreams (2015), was produced by Rik Simpson and Stargate. It debuted on the 2nd spot of UK Albums Chart. However, after the band performed at the Super Bowl 50, the LP topped the chart.

Coldplay continues working on new music and gives live concerts all over the world.