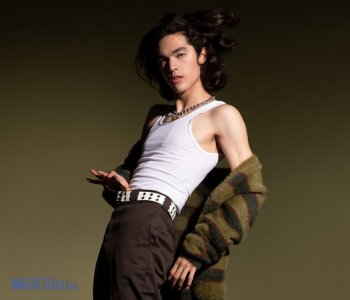 Conan Gray was born in December 1998 in America, San Diego. Throughout his life, he is an extremely friendly and open young man. His family consists of people far from publicity and cameras. Initially, Conan Gray posted his videos just out of habit. This helped him to relax, and he did not even think that one day he would be able to catch the hearts of so many spectators.

Gray started his own channel back in 2013, it was called ConanXCanon. Uncomplicated videos did not bring fame, but then the young man did not strive for this. The first popularity was brought to him by music videos with his own songs and covers of famous hits. However, when Gray conducted a poll among subscribers to find out which videos they liked the most, many voted for life vlogs. Conan can safely film and show off his home or spend a day at college without letting go of his camera.

Fans celebrate the young blogger's beautiful voice and good looks. Perhaps this played a role in the rise of popularity.

Conan himself believes that YouTube has changed a bit now. It becomes difficult to please the audience as there is an oversaturation of bloggers and their work. But the young guy believes that his sincere fans will always follow him in any situation.

Not so long ago he released his own music album "Sunset Season".

The guy prefers not to talk about his personal life and relationships. The young blogger never posted photos with the chosen ones, so fans can only guess. Some of them even suspect him of being gay. But what is known is that he is not officially married and did not have children. This gives the fans confidence that each of them can take a place in the life of Conan Gray.

The guy himself is now focused on his musical career and is actively sharing news on social networks. He is not afraid of negative comments, because there are much more warm reviews.