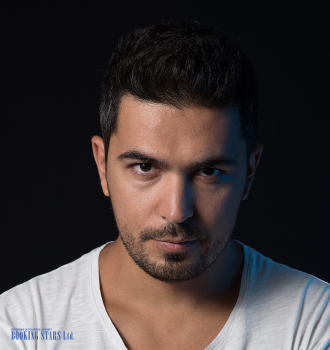 Consoul Training consists of Ioannis Efthimiou (better known as Jay Eff) and Stauros Billios (known as Esbi). They both were born in Agrinio, a small town in the west of Greece. They both pursued a career in the industry of music in their own ways. They didn’t know each other. The one thing that united them was music. When teenagers, they both collected CDs and vinyl.

In 1996, Jay started his own radio show. The show was devoted to house and dance music. It should be pointed out that Jay was the first to start a show devoted to these styles of music. This was also the time when he started taking piano lessons. He learned to play piano for 2 years with a professional teacher and then continued doing it on his own.

Esbi and Jay met each other in person only in 1999 when they started working on the same radio station. Since they both have always been dreaming of producing their own music, they didn’t hesitate to start their own project. Consoul Trainin appeared in 2000. Jay explains that the name of the band means “music that brings stereo and console in one’s sole”.

The same year, they moved in to a bigger city, the city of Ioannina where there were more chances for then in terms of their careers.

The list of musicians whose music has had an impact on the style of Consoul Trainin’s music involves Pink Floyd, Depeche Mode and Bob Dylan.

The year of 2003 marked a new turn in the careers of these musicians. Jay was from now on responsible for music supervision while Esbi was in charge of public relations concerning the radio station they worked in. They established the program “Consoul Trainin show” – a 4-hour show that was broadcast on several radio stations. The show was devoted to the presentation of new releases as well as interviews of raising stars and already famous DJs of Greece.

The first release came in 2005 with the help of MyBit Records label. It was a house remix of the song “Mystic Flight”. The song was written by Samson K the owner of the label.

The next year, Consoul Training signed a contract with The Sound Of Everything records and released the single “Anna” (by Consoul Training) and “Mystic Flight” (remix of the Samson K’s song by the band).

In 2007, the remix of the track “Stop” was presented to the public. It became one of the most popular dance hits and was broadcast on many radio stations.

Jay and Esbi are still working on their radio station while promoting, writing songs and making remixes under the name “Consoul Trainin”. 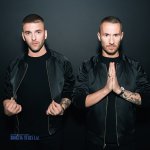