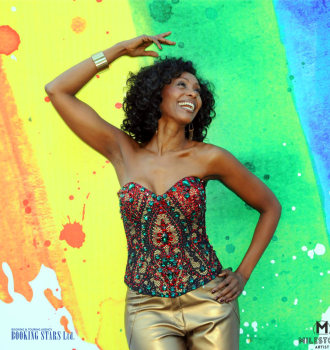 Corona was created by the producer Francesco Bontempi in the early 1990’s. Olga Maria de Souza became the band’s vocalist. Olga worked in a Brazilian bank and didn’t even think about becoming a professional singer, even though her parents were musicians. Her friend, the soccer legend Pele, convinced her to move to Italy, where she met Bontempi. Together they decided to establish a band, which they called Corona.

The group’s first single, "The Rhythm of the Night", was released in 1993 and became an international hit. It topped the Italian chart and stayed there for 13 weeks. In Canada, it also became a big hit. In the UK, it reached the second spot on the charts. French and Spanish charts gave it the 3rd place. In Australia, Austria, Netherlands, and Germany, the song entered the top-10. The single reached the 11th spot on Billboard Hot 100. The song was highly commercially successful. In Australia, Germany, France, and the UK, it earned gold certifications.

Thanks to the phenomenal international success of the first single. Olga de Souza became a big celebrity. The band started giving a huge number of concerts. Many fans wanted to book Corona for their private events and birthdays. In 1994, Corona went on a world tour, which included performing on all continents.

The band’s second single "Baby Baby" came out in 1995 and was also a great success. It topped Italian Singles Chart, came in second in Spain and reached the top-10 in many other European countries. In Canada, the song climbed to the 7th spot. On the USA’s Billboard Hot 100, it was granted the 57th position.

In April 1995, Corona presented its debut studio album named in honor of its first single, The Rhythm of the Night. It featured 16 tracks, including the first two singles and their remixes. The music was written by Francesco Bontempi, Pete Glenister, and Annerley Gordon.

The album was commercially successful. It topped Italian and Japanese charts, reached the 2nd spot on Billboard Heatseekers Albums Chart and stayed on the 154th place of Billboard 200. It also entered the top-10 of more than 10 other countries. More than a million copies were sold in Europe, which brought the LP a platinum certificate. It was also certified gold in Australia.

The band’s third single "Try Me Out" came out in 1995 and conquered the world charts. It earned a gold certification in Australia and a silver one in the UK. The fourth single, "I Don't Wanna Be a Star", came out later that year. It was especially popular in Spain, where it topped the charts. In Italy, the song was rated second.

In 1996 and 1997, Corona toured the world and performed at different shows. During that period, the band released two singles "Megamix" and "The Power of Love”, which were less popular than its previous work but still made it into world charts.

In June 1998, the group released the 2nd studio LP, Walking on Music. Besides "The Power of Love", it featured such singles as "Walking on Music" and "Magic Touch". The LP topped the Italian Chart and climbed to the fourth spot of Billboard Heatseekers Albums Chart.

In 2001, Corona presented another LP, And Me U, which didn’t manage to become as successful as the previous two. After the release, the band went on a hiatus. It came back in 2006 and released two singles, "Back in Time" and "I'll Be Your Lady". Both reached the top-40 on the Italian Chart.

In July 2010, the group released its 4th LP, Y Generation. It reached the 8th spot in Japan and 9th in Italy.

Between 2011 and 2016, Corona recorded six singles, none of which made it into the charts. Nonetheless, the band continues giving concerts, which are still very popular.