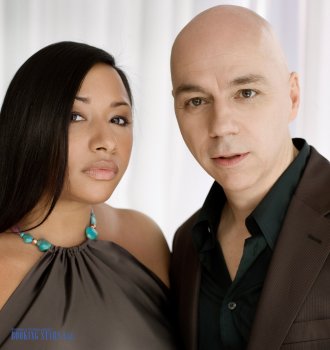 Count Basic is an Austrian band, which was established in 1993. It’s mostly famous for the hits “So Close”, “All Time High”, and “M.L. In the Sunshine”.

One of the founders of the band Peter Legat studied jazz guitar at Vienna Conservatory. While studying, he recorded two albums with a band Incognito. In 1993, Legat made a decision to establish a new band. He called the project Count Basic. As soon as the project was created, Legat signed a contract with a record label. The same year Legat released his first single “All Time High”. The song was extremely successful in his native Austria. Legat made a decision to move to London to work on his debut album.

In 1995, in London, Legat met an American singer Kelli Sae. He invited her to work on his first album and she remained part of the band ever since. The same year, Count Basic released their debut album Life Think It Over. A single from that album “M.L. in the Sunshine” topped the American radio charts for 11 weeks. Another single from that album “So Close” became another radio hit. It reached high spots on Austrian, Japanese, French, and Italian charts.

The public fell in love with Count Basic and their live concerts were often sold out. They even provided an opening act for David Bowie.

In 1996, the band released their second album Moving in the Right Direction. A single from that album “Joy and Pain” topped the American NAC radio chart for 5 weeks. It also reached the 23rd spot on the Austrian album chart.

In 2003, the band released their fourth studio album Bigger and Brighter. This time Legat experimented with pop music and a few jazz instruments. A single from that album “Maya” received wide approval from the public and the critics.

In 2007, Count Basic released its 5th album Love and Light, the popularity of which was on par with the band’s previous work.

In 2014, after a 7-year break, the band released their newest album so far Sweet Spot. The band continues to create new music and performs live.

Book a celebrity online on our platform! Fill in the application form and enjoy the concert of your favorite singer!