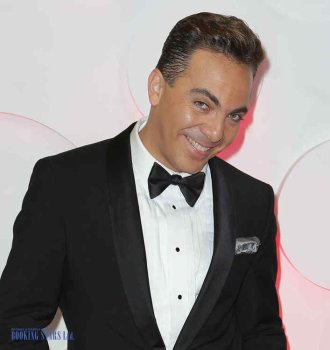 Cristian Castro was born on December 8, 1974, in Mexico City. He is considered the third most popular Latin American artist in the world. To many, the singer is known as just Cristian. Thanks to the charming good looks and an ability to perform romantic ballads in a stunning manner, Cristian became a Mexican sex symbol. The public’s curiosity about his personal life often exceeded the interest in his other achievements. Cristian is a frequent tabloid guest and the paparazzi love following him.

This overwhelming interest in his life helped Cristian earn immense popularity but brought him some suffering as well. Especially when it came to his love life. Castro was married several times and none of his unions lasted longer than four years.

Thanks to the stellar career of his mother Veronica Castro, who was an actress, Cristian started conquering the stage at a very young age. In 1981, he debuted in the soap opera El Derecho de Nacer together with his mom. He continued appearing in telenovelas until the end of the 1980’s. When the 90’s came, Cristian started thinking about a music career.

The peak of Castro’s career happened when he was working with BMG. He collaborated with famous songwriters and producers, attended important musical affairs. Every day different organizations tried to book Cristian Castro for their events, but it was a tough task. In 1998, Castro recorded a duet "Escondidos" with Olga Tanon. It reached the fourth spot on Hot Latin Songs chart.

In 2005, Cristian left BMG and started working with Universal, where he got a chance to collaborate with the famous producer Cachorro Lopez. With his assistance, Castro recorded the LP Dias Felices, which didn’t make it into the charts but included a hit single “Amor Eterno”, which topped Hot Latin Songs and became the first Castro’s song to make it into Billboard 100.

In 2010 and 2011, Cristian released two popular albums Viva el Principe and Mi Amigo El Principe. Both made it to the high spots of Mexican Albums Chart and Billboard Top Latin Albums.