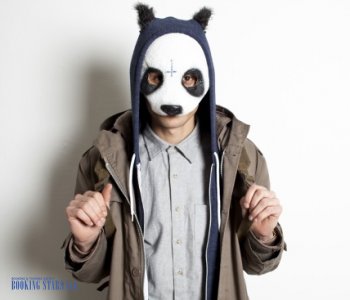 Cro’s real name is Carlo Waibel. He is a famous German singer, MC, and producer. Carlo began his career by creating free mixtapes. This work helped him catch the attention of the successful rapper Kaas and the founder of Chimperator Productions, who later offered Cro a contract. The label helped Waibel jump-start his career. The young artist already released two platinum albums. Today, Cro seems to be on the peak of his popularity.

Carlo was born on 31 January 1990 in a small German town, Aalen. Waibel discovered hip-hop when he was 13 years old. He started learning how to play the guitar and the piano. In 2009, Cro presented the debut mixtape, Trash. Two years later, he released another mixtape, Meine Musik, which was available for free downloading from the web. All mixtapes Cro created at the time were recorded without anyone’s assistance. While working on his music, Cro assisted with the design of Vio Vio clothing line. The job helped the talented artist earn money for his mixtapes.

In 2011, the singer signed a contract with Chimperator Productions. For promotional purposes, the label released a documentary about the young musician. It helped Cro become popular among the younger generation on social media and forums.

In November 2011, the artist recorded his first music video for the single “Easy”. The video was used to announce the release of Cro’s new mixtape on tape.tv. Soon after that, the music video was uploaded to YouTube. At the beginning of 2012, the number of views reached 12 million. By May, it approached 16 million. As of today, the music video has been viewed over 60 million times.

Cro promoted his music through an American blog, hypetrak.com. It helped the artist find English-speaking fans. A successful German artist Jan Delay posted Cro’s music video in his Facebook profile. He called the artist the future of German rap. During the same period, the singer presented music videos for such songs as "Kein Benz", "Easy", and "Hi Kids". Many artists wanted to book Cro for private events.

In December 2011, Cro got an invitation from the ZDFneo TV channel. As part of a popular show, NeoParadise, the singer presented songs from his mixtapes, Easy and Meine Musik. The former came out several days later with the assistance of Chimperator Productions. The mixtape was available for free downloading from the artist’s website.

At the beginning of 2012, the German singer signed a contract with Universal Music Publishing Group. Soon after that, he embarked on a tour called Pandas gone wild!, together with another rapper Psaiko Dino. Cro continued releasing new singles, among which were "Meine Zeit", "Du", and "King of Raop”. All of them came with music videos.

In July 2012, the artist presented his debut LP, Raop. The album earned a platinum certification in Austria and gold in Germany. In September, Cro attended the Bundesvision song contest. He came in fifth.

In October, the singer presented a new single "1 Millionen", which appeared in iTunes Store for free downloading. Numerous fans listened to the single in a very short time. Soon, the artist presented a music video for the song, which also became a hit on YouTube and collected over 11 million views.

For his single, "Einmal um die Welt", Cro recorded a music video in November. At about the same time, the LP, Raop and the single “Easy” went platinum in Germany. The single “Du” became golden.

In 2013, the artist earned a Swiss music award for the album, Raop. It became Best Album Urban – International. MTV called the same LP the album of the year.

In 2014, Cro presented his second LP, Melodie. It earned positive reviews from both critics and fans. Soon, the artist came up with a live album, MTV Unplugged, which became commercially successful.

The latest album to date released by the rapper is tru. It came out in 2017. The singer arranged a promotional tour for the album. He called it stay tru. tour 2018.

Today, Cro is working on his next album, the release date of which hasn’t been announced it. However, the singer already released several songs for the LP. Among them is his latest hit “Victoria’s Secret”.

How much does it cost to book Cro:
Price inquiry
Cro booking agent:
Contact agent
Cro Contacts:
Send Cro a message
« previous next » 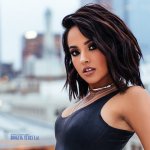