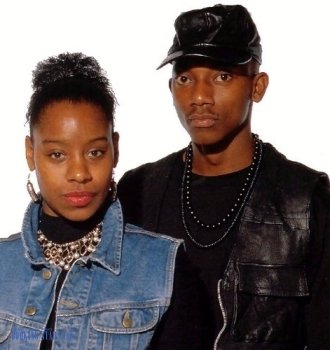 At the end of the 1980s, when techno and Eurodance were especially popular, the new group was formed. In 1989 in Frankfurt, Germany, a successful producer Torsten Fenslau created Culture Beat. The vocalists were Tania Evans and Jay Supreme. The same year, the artists recorded their debut single, "Der Erdbeermund". In 1990, they presented "Cherry Lips". Soon, the group released "Tell Mе What You Want".

In March 1991, Culture Beat recorded its debut LP, Horizont. The album was created with the assistance of Epic Records. However, it didn’t manage to become as successful as Fenslau expected.

In 1993, the group presented a new album, Serenity. This time they worked with Dance Pool Records. The day of the release, the number of fans started growing at the speed of light. The album became popular mostly thanks to the huge hit “Mr. Vain”. As of today, the music video to the song has over 36 million views on YouTube. The single stayed in some European charts for longer than two months. It sold over 1.5 million copies. Torsten won an ECHO award for the Best producer of the year while the album brought the group another ECHO award for Bestselling German Act Abroad. Serenity was the group’s most successful album to date. It earned a variety of gold statuses all over Europe. Many fans wanted to book Culture Beat for private events at the time.

In 1993, the group suffered a tragedy. The producer and founder of the band, Torsten Fenslau, died in an airplane crash. Since he was the one writing all songs for the group, Culture Beat had to take a break. In 1994, they presented a compilation album, The Remix Album, which featured remixes of group's best hits.

After some time, Torsten’s brother Frank and another producer Peter Graber decided to finish the old songs written by Torsten and come up with new singles. The song “Anything”, which came out in 1993, was a farewell single that said goodbye to the band’s founder.

In 1995, Culture Beat came back with a single “Inside Out”. The song earned positive reviews from both fans and critics. Tania Evans did an excellent job, but the style of her singing has changed. The track was too lively compared to the group’s previous work. Producers decided to replace techno with Eurodance, which was at the peak of its popularity. Single earned gold status and appeared in many European charts.

A year later, Culture Beat recorded the next LP, Inside Out. The most successful single featured in the album, was "Take Me Away". Producers made the final decision to implement Eurodance. Tania and Jay wanted to return to the older techno genre. Producers didn’t agree so both vocalists left the group.

However, Frank and Peter didn’t give up. They invited new vocalists and tried to revive the project several times and finally did it in 1998. The new debut single was “Pay No Mind". Again, they decided to bank on Eurodance. The new vocalist had a nice voice, but it wasn’t as powerful as Tania’s. However, the single made it to the 27th spot of the national German chart.

In 2000, the group presented a compilation album, The Best. A year later, the new vocalist left the band. She was replaced by Jacky Sangster. It seemed as if the group was about to fall apart again. It lost the support of many fans. However, the new life was still ahead.

In 2003, to celebrate the 10th anniversary of its biggest hit “Mr. Vain”, the group came up with a renewed version. It climbed to the 7th spot of the national chart.

In 2004, Culture Beat released a new single, "Can't Go on Like This (No No)", which was fairly successful. The next song came out four years later. It was “Your Love”. After the release, the group continued performing live at events dedicated to the 1990s music. Culture Beat always receive a warm welcome from Eurodance and techno fans.

In 2013, the group presented a compilation album, The Loungin 'Side of.

In 2017, Culture Beat recorded a single, “Have Yourself a Merry Little Christmas",

The group gives concerts all over the world and performs at music festivals and private events.