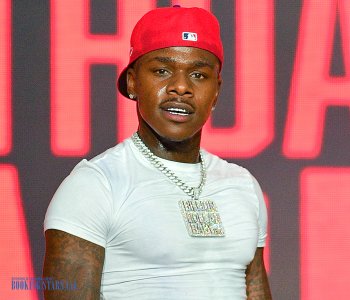 Da Baby is a popular rapper in America, whose songs have long held high positions in the music charts.

The young man was born into a complete and prosperous, but poor family. They moved frequently in search of work and a better life. Luck did not smile at them for a long time. Finally, they stopped in North Carolina. They still had many problems with finances, so it was decided to rent an apartment in one of the poorest areas.

The future musician was oppressed by the fact that his family had to live in such conditions, and he did his best to help his parents overcome these life circumstances. After school, he worked part-time, but it did not bring the required income. As a result, the guy began to break the law and sell drugs. Sometimes this activity ended in arrest. In these difficult times, only music saved him, but then the guy did not think about making it his profession. He already had to solve a lot of problems.

He began to study music fully only in 2014. His debut track was titled "NonFiction". However, she was not particularly appreciated and, one might say, ignored. He became famous for his second song, "God’s Work: Resurrected".

A clip was filmed for the track "Light Show", which garnered millions of views on YouTube (the rapper made his own channel there). At some point, he decided that in order for the love of fans not to cool down, it needed to be warmed up with constant musical updates. This decision motivated him to release a new song every 2-4 months. Labor has borne fruit. The tracks have amassed millions of streams, and fans have left a lot of enthusiastic comments. The music of the Da Baby rapper is very popular in various music venues.

If we talk about the label with which the guy works, then he signed a contract with two at once, and does not hide it. They are named Interscope Record and South Coast Music Group.

In 2019, a significant event took place in the rapper's creative career. He released his debut album, Baby on Baby. It includes 13 songs. Some of them he performed himself, and some in collaboration with other musicians.

Like many rap artists, Jonathan is not doing well with the law. For example, he was accused of illegal use and use of firearms, but the guy was able to prove that he acted only in self-defense. Also, the rapper was sued for beating. If the court decides the case not in his favor, then he will have to pay large monetary compensation for treatment and rehabilitation after his injuries.

He has been on the stage for a very short time, but in his arsenal there are already songs with many famous performers, which include Boosie Badazz, Lil Baby, Moneybagg Yo. He speaks positively about the talent of the young rapper, do not mind continuing to cooperate with him.

The young man does not say anything about his personal life and does not share this information with subscribers on social networks. Perhaps he simply does not have anyone, or maybe he does not want to make his personal life public. It is rumored that he has two illegitimate children.

Thus, this young man lived in poor areas, knew what hard work and hunger are, but today he is in great demand in the modern rap industry, he has a whole army of fans.