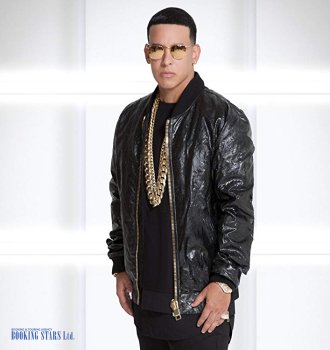 Daddy Yankee is one of the most popular reggaeton musicians in the world. He was born in 1977 in Puerto Rico. Yankee’s real name is Ramón Rodríguez. When he was 17, Rodriguez married Mireddys González. The couple is still together. They have three children. In the world of music, people know Yankee as the king of reggaeton.

Daddy created his image based on the American gangster culture. Throughout his career, the artist earned numerous awards, including Lo Nuestro, MTV Video Music Awards, and a Grammy. In 2008, he appeared in the movie Talento de barrio, demonstrating excellent acting skills.

When he was young, Ramon Luis dreamed about becoming a professional baseball player. He was a truly good player, who made a huge effort to achieve his goals. When he was 17, the future singer injured his foot and had to forget about the sports career. At that time, the young man decided to devote himself to music. It became his passion.

In 1995, Daddy Yankee signed a contract with labels White Lion and BM Records. They helped the young artist release his first LP. No Mercy. While recording the album, Daddy imitated such popular rappers as Vico C, Tempo, DJ Nelson, and DJ Playero. With time, he moved away from traditional rap style and became the first reggaeton musician.

In the 1990s, Yankee helped record several underground mixtapes by DJ Playero. The Puerto Rican government didn’t approve them for aggressive lyrics. Later, the music world admitted that thanks to these two artists, the people discovered a new genre, reggaeton. The first time, the term was used when describing the music from DJ Playero’s album, Playero 36.

In 2002, Daddy released a new LP, El cangri.com, which brought him immense popularity. Music industry players all over the world were talking about the new genre and a talented musician. His popularity went far beyond Latin America.

The real breakthrough took place in 2003 with the release of the artist’s new compilation album, Los Homerun-Es De Yankee. All copies were immediately bought by the numerous reggaeton fans. The album topped numerous charts and ratings. The same year the artist performed at the show, Ahora Le Toca Al Cangri. Thousands of fans came to listen to him. Many organizers wanted to book Daddy Yankee for private events.

In 2004, the musician recorded his next LP, Barrio Fino. After the release, he went on a long tour of Latin America. Yankee visited many countries, in all of which he was warmly received by numerous fans. In 2005, the musicians got a prize at Lo Nuestro Awards for Album of the Year. He proved that he deserves the award by performing a single “Gasolina” live, which earned him millions of positive reviews from the fans. A few months later, the artist got another prize at Billboard Latin Music Award for Best Reggaeton Album.

The new LP, El Cartel: The Big Boss came out in 2007. The singer declared that he was planning to return to the roots of hip-hop. However, the critics called the album “truly reggaeton.” Between 2007 and 2009 Yankee worked on recording several successful reggae compilations, Caribbean Connection, 20 Number 1's Now, and Mas Flow: Los Benjamins.

To promote his next album, Yankee released a single "Grito Mundial". FIFA offered to make it the anthem for the World Cup 2010. However, Daddy refused since he didn’t want to give up the rights to the song. The next album, Prestige, appeared in 2012. The singer was supposed to release it earlier but many recordings were lost during the hurricane. It took the artist nine months to recover them.

In 2013, Daddy appeared at the Viña del Mar International Song Festival. He performed such hits as "Limbo", "Pose", "Gasolina", and "Descontrol". The same year, he went on a world tour Prestige and visited Spain, France, Germany, and Italy.

In 2016, Daddy Yankee earned an Industry Leader Award at Latin Billboard Awards. After a long-term opposition with Don Omar, both singers declared their wish to perform together on the project called The World World Tour. The concerts were organized in many American cities. They had a format of a duel with fans deciding which artist wins.

In 2017, Yankee worked with Luis Fonsi to record a huge hit "Despacito". The song topped Billboard Hot 100 and became successful worldwide. The music video for the song collected over a billion views. 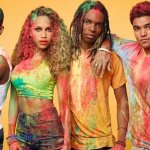 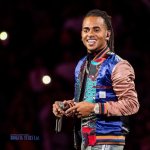