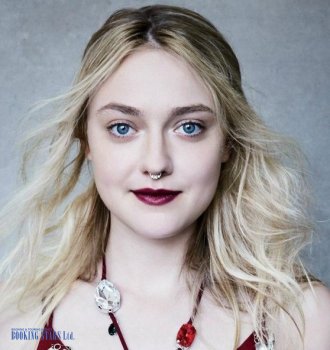 Hannah Dakota Fanning was born on 23 February 1994 in Conyers, Georgia, USA. She attended a drama studio since childhood. Fanning’s talent became obvious early. She clearly had great chances of becoming famous. Soon, Dakota met an agent, who suggested going to LA to pursue an acting career. In 1999, Fanning’s family moved to California. In Los Angeles, Dakota had several offers to appear in commercials.

In 2000, Dakota debuted on the TV screens in a popular series ER. The same year, she appeared in a few episodes of five other TV series, including CSI, The Practice, and Ally McBeal. A year later, Fanning debuted on the big screen in a short film, Father Xmas.

Dakota’s first big role came to her in 2001. She played Lucy Diamond Dawson in the drama I Am Sam. She worked alongside Sean Penn, who was her character’s on-screen stepfather. Penn was later nominated for an Academy Award. The critics gave high ratings to the young actresses’ performance. She won "Best Young Actor/Actress" at Broadcast Film Critics Association Awards and many other significant prizes and nominations.

In 2002, Fanning appeared in three movies. The most successful project in 2002, according to the critics, was her role in the sci-fi series Taken. Even though Dakota only lent her voice to the character, her acting earned great reviews from the critics. The role brought Fanning another Young Artist Awards and several nominations for other prizes.

In 2003, the young actress appeared in the fairy tale movie The Cat in the Hat. She had the leading role of Sally Walden. The performance brought her another Young Artist Award nomination.

Dakota earned many awards and nominations for her roles in the movies Man on Fire (2004), Nine Lives (2005), and Dreamer (2005). The leading role in the thriller Hide and Seek (2005) brought Fanning her first MTV Movie Award for "Best Frightened Performance".

In 2006, the leading role in the comedy Charlotte’s Web, the young actress earned several awards and nominations. Five other prestigious awards came to her for the leading part in the drama The Secret Life of Bees (2008).

In 2009, Fanning appeared in The Twilight Saga: New Moon. She played Jane Volturi.

Other important projects in Dakota’s career included the leading parts in the movies Very Good Girls (2013), Effie Gray (2014), and Brimstone (2016).

In the 2017 drama Please Stand By, Fanning had the tough role of an autistic girl Wendy. She did an excellent job and earned approval from the critics.

In 2018, Dakota appeared in the TV series The Alienist. She played a female police officer. The role brought her a Saturn Award for "Best Supporting Actress on Television".

Even though Dakota is very busy filming new movies, she finds time to attend private events.