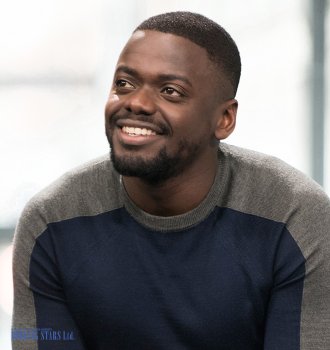 Daniel Kaluuya was born on 24 February 1989 in London. His parents are from Uganda. Daniel was a talented young boy. He wrote his first play when he was just 9 years old. Soon he started performing in the local improvisation theater. Kaluuya began his acting career in the drama school at Anna Scher Theatre.

In 2006, Daniel debuted on the TV screens by portraying Reece in BBC’s Shoot the Messenger. A year later, he appeared in one of the episodes of the drama series The Whistleblowers. Then Daniel played in the movie Much Ado About a Minor Ting and started working on the teen drama series Skins. In the series, Daniel portrayed Posh Kenneth, who appeared in 11 episodes. At the same time, Daniel co-wrote the script of the first two seasons and acted as the leading screen writer for several episodes. Kaluuya was becoming more and more famous. He was invited as a guest star to several popular TV series, including Silent Witness and Doctor Who.

While working on TV projects, Daniel took up a few jobs on the big screen. In 2008, he appeared in the crime drama Cass, in which he portrayed the main character in his teenage years.

In 2010, Daniel landed one of the leading roles in the psychological thriller Chatroom. At the same time, Kaluuya worked in the theater. The premiere of Roy William’s Sucker Punch, in which Daniel had the leading part happened in 2010 on the stage of Jerwood Theatre Downstairs. That performance brought Daniel many positive reviews from the theater critics. He earned a prize at Evening Stand Awards in the "Outstanding Newcomer" category.

The same year, a comedy series Psychoville premiered on British TV. The young actor appeared in 13 episodes as Michael "Tealeaf" Fry. He also worked on a short film Baby, which earned many awards.

In 2011, Daniel played special agent Colin Tucker in the comedy Johnny English Reborn. He also appeared in several series, including Black Mirror and The Fades. The latter earned a BAFTA award as the best drama series of 2012.

In 2013, Kaluuya landed the role of Black Death in a superhero comedy Kick-Ass 2. At the same time, the actor was working on the movie Welcome to the Punch, in which he portrayed Juka Ogadowa.
The real breakthrough in Kaluuya’s acting career was the leading role in the horror movie Get Out. The film came out in 2017 and earned an Academy Award for the best script. It was also nominated for three awards, among which was Best Actor nomination, which belonged to Daniel.

The role also brought Kaluuya a prize at British Academy Film Awards in the "Rising Star Award" category. He was nominated for a Golden Globe award as "Best Actor – Motion Picture Musical or Comedy" and earned several more awards from MTV, African American Film Critics Association, and more. Altogether, the movie brought the actor 18 nominations and 9 awards. The success was so overwhelming that thousands of people wanted to book Daniel Kaluuya’s presence at their private events.

In 2018, Daniel portrayed the best friend of the main character in the Marvel movie Black Panther. Later this year, the fans are expecting to see Kaluuya in the crime drama Widows.