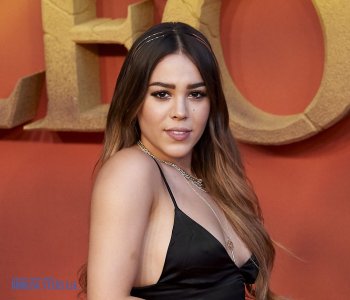 Danna Paola - Mexican actress and pop singer who first rose to fame as the lead character in the telenovela María Belén when she was six years old. She's also starred in series such as Atrévete a Soñar, ¿Quién es Quién? and La Doña. In 2018, she began starring as Lucrecia on the Netflix series Élite. As a singer, her best known singles include "Mala Fama", "Oye Pablo" and "Final Feliz."

Before Fame
She broke into the entertainment industry at the age of five with a role on the telenovela Rayito de Luz. She released her first album, Mi Globo Azul, at the age of six.
Trivia
She voiced Rapunzel in the Latin American Spanish dubbing of the 2010 Disney movie Tangled. She played the lead role of Elphaba Thropp in the theatrical production Wicked from 2013 to 2015 in Mexico, becoming the youngest actress to play the role worldwide. She's received over 10 Kids' Choice Awards México blimps.

Family Life
She is the daughter of singers Patricia Munguía and Juan José Rivera Arellano. She has an older sister named Vania. She began dating fellow Élite actor Jorge López. She previously had an on-and-off relationship with actor Eleazar Gómez from 2009 to 2015.

Associated With
In 2020, she released the songs "Nada" with Cali y El Dandee and "No Bailes Sola" with Sebastián Yatra.