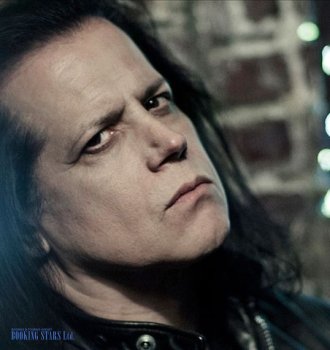 At the beginning of his music career, the vocalist Glenn Danzig worked with the punk band Misfits. When the group fell apart, the musician formed a new team called Samhain. The band played a mix of metal and punk. In 1987, Glenn decided to switch to another project and created Danzig.

The band’s debut single was “You and Me (Less Than Zero)". The musicians recorded it with the assistance of Def American label. After the second single “You Are My Woman” came out, the group gave a series of concerts in New Jersey.

The band’s debut album, Danzig, appeared in 1988. It was recorded with Def American, which was later renamed to American Recordings. The leading producer was Rick Rubin. The songs featured in the album were a mix of blues and metal. Danzig’s powerful vocal skills are what made them special. The new tracks were different from what Danzig recorded with Samhain. They were softer and lighter. The album earned a gold status from RIAA. Many fans wanted to book Danzig for private events.

In 1990, the group presented its second LP, Danzig II: Lucifuge, which featured singles that mixed blues and rock. Two years later, Rubin started spending less time on the band’s work. Meanwhile, Danzig took the responsibilities of a producer for the next LP, Danzig III: How the Gods Kill.

In 1993, Danzig presented an EP, Thrall: Demonsweatlive, which featured several tracks recorded during the previous year at a Halloween concert. The EP also included three new singles. One of them, “Mother”, became a huge hit. Later, the group filmed a music video for the song, which was popular on MTV.

In the fall of 1993, Danzig started working on the fourth album. Danzig complained that the label is putting a lot of pressure on the group to record more songs for financial success. The vocalist didn’t like the idea. Meanwhile, Rick Rubin almost stopped working with the group.

In October 1994, the band released the new LP, Danzig 4. Glenn was named an official producer of the album. The LP was considered experimental when compared with the band’s previous work. The sales were excellent. The second single “Cantspeak” became a hit on MTV. After the album’s release, the group canceled the contract with the label.

The band started going through lineup changes. Chuck Biscuits left due to some disagreements. Joey Castillo came to replace him. After a tour in 1995, the group members decided to replace John Christ, who left as soon as he found out about it. Eerie Von followed. The classic era of Danzig was over.

In 1996, the group released its new LP, Danzig 5: Blackacidevil, which surprised many fans with the accent on the industrial rock.

In one of the interviews, Glenn said that such experiments didn’t happen before because Rick Rubin kept the musicians from doing them. The album didn’t become successful compared to its predecessors. For the next several years, the group and Rubin were battling for the rights to Danzig’s songs in court.

The sixth album, Danzig 6:66 Satan's Child, appeared in the fall of 1999. The critics gave it mixed reviews. The LP came in 149th on Billboard 200. It featured hard rock tracks with electronic elements.

The next album, Danzig 777: I Luciferi, appeared in 2002. It didn’t have any electronic music but featured many dark and moody tracks. Some fans saw the group coming back to its classic style. The next LP, Circle of Snakes, came out two years later. Then the group took a break from recording albums to tour the world.

In 2010, Danzig released a new LP. Deth Red Sabaoth was fairly successful. Four years later, the band presented Skeletons. In 2017, the musicians recorded a new album, Black Laden Crown, which came in 97th on Billboard 200 and became popular in Europe.

How much does it cost to book Danzig:
Price inquiry
Danzig booking agent:
Contact agent
Danzig Contacts:
Send Danzig a message
« previous next »