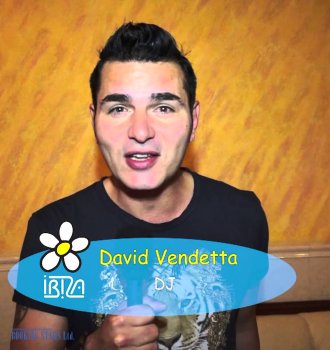 David Vendetta was born on August 25, 1968, in France. He is a DJ and a dance producer. Vendetta released 2 studio albums and 19 singles. His most famous songs are “Love To Love You Baby”, “Break for Love”, and “Hold That Sucker Down”.

David Vendetta (real name David Paparusso) has 7 siblings and his mother was bringing them all up alone. Since he was a child, David liked percussions. When he turned 12, the DJ-to-be managed to build his own drum set from whatever equipment he could find and started playing music. After a while, he became interested in electronic music. At that time, his favorite artists were Depeche Mode and Jean Michel Jarre. After moving to Paris, Vendetta started playing his music in different nightclubs of the French capital.

In 2010, Vendetta released his second studio album Vendetta. Even though it was popular among his fans, the LP didn’t manage o make it into the charts. While recording this album, he worked with such artists as Tara McDonald, Rachael Starr, David Goncalvez, and Alim Qasimov.

David hosts his own party called Cosa Nostra, which is organized twice a month at the Mix Club in Paris. He also hosts a popular radio show on the stations FunRadio and Radio FG.