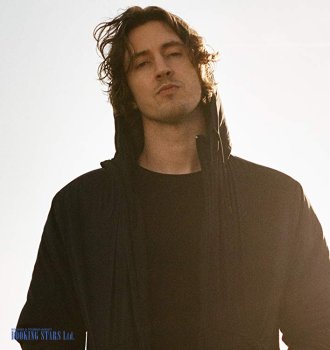 Popular Australian singer and songwriter Dean Lewis was born in 1987 in Sidney. His father played the guitar and was a big fan of Beatles, Oasis, and Van Morrison. He had a large collection of tapes and Dean grew up listening to their music. By the time the boy turned ten, he already knew how to play the guitar.

In 2005, Dean’s father showed his two sons a recording of Oasis’ concert in Manchester. Gallagher’s manner of playing impressed the young man tremendously. He was shocked that by using simple chords, Noel Gallagher managed to create such amazing music. This pushed Dean to rediscover his music hobby. In the next five years, he spent his free time studying the DVD of that concert, trying to figure out how Noel managed to come up with such masterpieces.

At the same time, Lewis started writing his own songs. He was influenced by the British musician and songwriter, an ex-leader of The Verve, Richard Ashcroft, and an indie rock group from Brighton, The Kooks. With time, Dean got a hang of writing songs and wanted to make it his profession.

While writing new songs, Lewis worked as a sound director for other artists. He was watching others’ dreams coming true. The artist recorded several of his own songs and uploaded them to the Internet. Many people listened to his music and gave it good reviews. However, it didn’t help the artist get the desired contract with a label. Lewis began sending his demo tapes to popular music managers. However, none replied.

Suddenly some help came from Dean’s friend. He met an ex-manager of Savage Garden at a party and told her about Lewis. She checked his demos and liked them. Finally, Dean Lewis signed a contract but only as a songwriter.

Lewis liked his new job as a songwriter but still dreamed about performing. When he offered his songs to other artists, he was afraid that they can’t perform them the right way. Lewis wanted to write for himself. Soon, he went to England to work with the company’s producers. His dream started to come true.

In September 2016, Dean released a debut single “Waves, which brought him immense popularity. In October, he presented a music video for the song, the views of which reached 31 million on YouTube. The single topped Australian Artist Singles Charts and came in 12th on ARIA Top 50 Singles Chart. The song earned four platinum certifications in Australia.

Suddenly, Dean woke up famous. He was often invited to important music shows in Europe. He attended numerous American and Australian festivals. Many organizers tried to book Dean Lewis for private events in different countries.

This helped Lewis gain self-confidence and start writing new hits. In 2017, the artist returned to England to record his new single, “Need You Now”. It came out in April and reached the 10th position of Australian Artists Singles Chart.

In May, the artist presented his first EP, Same Kind of Different. By that time, he has already written numerous songs so it was tough to choose the best ones. The album climbed to the 27th spot of ARIA Chart.

In July, one of the tracks featured in the LP, “Lose My Mind”, came out as a single. It came in 50th on ARIA Chart and went platinum. Later, another single “Chemicals” earned a gold status. In November and December 2017, Lewis toured Australia with his Lose My Mind tour.

In 2018, Dean started working on his debut LP. One of the lead singles “Be Alright”, the singer recorded in three countries, Australia, USA, and England. The song was a huge hit. It topped ARIA Top 50 Singles Chart, came in 40th on Billboard 200 and settled on the 11th spot of the UK Singles Chart. The music video for the single brought Lewis a prize for Best Video at ARIA Music Awards.

Right now Dean is working on his debut LP, the name and release date of which are currently unknown.