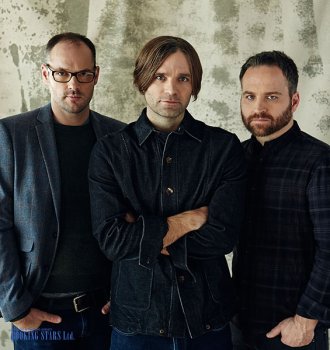 Death Cab for Cutie initially appeared as a solo project created by Ben Gibbard from Bellingham. Ben wanted to become a professional musician since he was a child. Gibbard began discovering his talent as a composer at home, recording music under the pseudonym, All-Time Quarterback. The artist had a hard time gaining the attention of music lovers. Only one of his albums became popular. It was You Can Play These Songs' Chords.

Ben gained popularity on the local level. The attention inspired the musician, who decided to go further and form his own band.

In 1997, Gibbard formed Death Cab for Cutie. The initial lineup included an organ and guitar player, Cristopher Walla, a bass guitar player, Nick Harmer, and a drummer, Nathan Good. Ben borrowed the name of the song by the British rock group, The Bonzo Dog Band, which was popular back in the 1960s, as the name for the new band.

The musicians rehearsed day and night. Finally, they managed to attract the attention of other young music loves.

In 1998, Death Cab for Cutie released its debut LP, Something About Airplanes. Walla was the producer, the arranger, and the composer for the album. Together with Ben, they managed to create a top-quality pop-album with a touch of rock and amazing vocals. The artists used such musical instruments as the viola, flute, and keyboards.

At that time, the group worked with an independent label, Barsuk, which helped musicians, who weren’t after commercial success. In 2000, Nathan Good suddenly left the band. Michael Schorr replaced him and helped the musicians record a new LP, We Have the Facts and We're Voting Yes.

After the release of the second LP, the band presented an EP, Forbidden Love, which featured tracks that didn’t fit into the LP. After the EP, the artists immediately started working on a new project. The LP, The Photo Album, came out in 2001. The track list featured dramatic sounding tunes. As the number of fans was growing, artists decided to film a music video for their single, "A Movie Script Ending". It collected more than 700,000 views on YouTube.

In 2003, a new drummer, Jason McGerr, joined the band. He began working on the next album, Transatlanticism. The LP earned positive reviews from the fans and music critics.

In 2005, the group released an album, which featured songs recorded during the tours. The artists called it, The John Byrd E.P.

As the group was gaining popularity, it started getting offers from different labels. Finally, the band left Barsuk and signed a contract with Atlantic Records. The artists immediately recorded a new LP, Plan, which with due promotion, turned out to be highly commercially successful. The album sold 90,000 copies in the first week and later became platinum. It climbed to the 4th spot of Billboard 200. After the release, many organizers started trying to book Death Cab for Cutie for private events.

The collaboration with the new label allowed the band to conquer international charts and perform abroad. In 2005, Death Cab for Cutie was nominated for a Grammy Award for the Best Alternative Album (Plan).

In 2007, Walla talked about working hard on a new album and recording many hits. A year later, the group released Narrow Stairs. The most popular singles featured in the album were "I Will Owsess Your Heart" and "Cath". They made it into top-10 of the American charts.

In 2011, the artists presented their 7th LP, Codes and Keys. It became commercially successful and climbed to the third spot of Billboard 200. The same year, Death Cab for Cutie planned to perform at Ottawa Bluesfest Festival, but the stage collapsed due to harsh weather conditions.

In 2012, the musicians embarked on a world tour. They visited Australia, Asia, New Zealand, and several states in the US.

In 2013, the group began working on a new album. A year later, Chris Walla made a decision to leave the band. Due to his leave, the artists had to delay the release. The album, Kintsugi, came out in 2015. It was nominated for a Grammy Award as Best Rock Album. Chris Walla was replaced by Dave Depper and Zac Rae. In 2016, the band embarked on a world tour.

In 2018, Death Cab for Cutie recorded its next LP, Thank You for Today. Soon after its release, the album topped Alternative Albums and Billboard Top Rock Albums Charts. 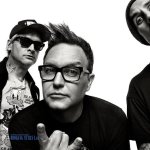