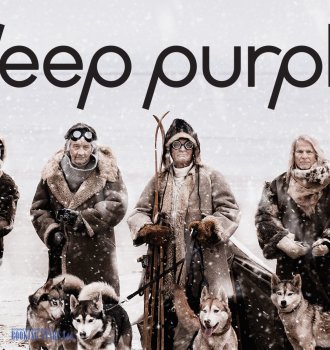 The idea to form a band belonged to Chris Curtis. The drummer left The Searchers in 1966 but didn’t feel like ending his career. After some time, Chris met a keyboardist, John Lord. The musicians started discussing a new music project.

Soon, Ritchie Blackmore joined the two aspiring artists. At that time, the legendary guitar player lived in Germany but moved to the UK to work on the project. At some point, the band was in danger of falling apart when Curtis started using drugs and failed to work with the other artists. John Lord took over his responsibilities. Soon, John and Ritchie changed the name from Roundabout to Deep Purple.

Besides Blackmore and Lord, the initial lineup included Ian Paice, Nick Simper, and Rod Evans. Together, these musicians recorded the first three studio albums. However, the real success came to the group with the release of the fourth LP, Deep Purple in Rock in 1970. The album made the artists the most popular rock musicians of the century. It made its way into numerous charts. Deep Purple started giving many concerts. While performing on stage, the artists found time to work on a new LP, Fireball. At that time, many organizers tried to book Deep Purple for private events, but the band was too busy with studio work and concerts.

After some time, the group moved to Switzerland to record a new album, Machine Head. One of the band’s most famous hits “Smoke on the Water” was part of that album. On the peak of their popularity, the artists traveled to Japan to give several concerts. After the tour, they began working on a live album, Made in Japan. It quickly became platinum in many countries, selling over 8 million copies worldwide

Japanese fans surprised the artists. The audience acted very quietly at the concerts, listening to the band perform. They applauded only when the song was over. But the applause was loud and impressive. In Europe and the United States, Deep Purple was used to loud fans, who tried making their way onto the stage.

In 1974, band members started working on a new album, Burn. They presented new songs for the famous rock festival California Jam. The festival was attended by more than 400,000 people. As a result, it became a unique event in the music world.

In 1984, some of the initial lineup reunited, and the artists started working on a new LP, Perfect Strangers. After its release, the band went on a world tour. The tickets to their concerts sold out almost immediately.

Before the 25th anniversary of the band, one of the old members Ian Gillan returned. During that period, the artists released another album, The Battle Rages On… The name of the album referred to the never-ending battle between Ian and Ritchie.

In 2013, the group presented a long-awaited LP, Now What?!, which earned numerous positive reviews from the fans and critics. The album became especially popular in Germany.

During the band’s active years, artists recorded 20 studio albums and more than 35 live albums. They also released more than 40 singles. In 2016, the group was inducted into the Rock and Roll Hall of Fame.

As of today, the band’s latest album appeared in 2017. It managed to reach high spots on the charts all over the world and earned gold status in Russia, Poland, Czech Republic, and Hungary. After the release of Infinite, the band embarked on The Long Goodbye Tour, which is expected to last for three years.

For the past 51 years, the band’s lineup changed several times. Through the years, 14 artists proudly called themselves part of the legendary group. The only member, who has been with Deep Purple since the beginning and never took a break, is the drummer, Ian Paice.