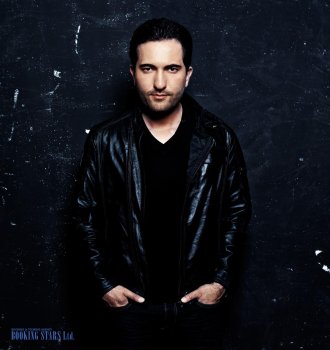 Deniz Koyu was born on 29 April 1985, in Turkey. He is a DJ and a dance music producer. Deniz released a variety of popular singles and remixes.

Deniz became interested in music when he was still a child. When he just started playing (he was 5 years old) the piano, he realized that music is the love of his life. Deniz started making music even before he learned how to read.

Deniz also chose the profession of a dance music producer. He works with such celebrities as David Guetta, Avicii Alesso, Calvin Harris, and Sebastian Ingrosso. He was behind creating such big hits as “Tung”, “Bong”, and “Follow You”.

Deniz was always interested in DJ and production equipment. When Koyu was still a child, he used to save up his pocket money to buy old and used synthesizers and drums to create his own studio. Koyu spent all of his free time studying the works of such celebrities as Daft Punk, Kraftwerk, and Depeche Mode. He took their songs apart and learned how to become a good DJ by honing his skills on a daily basis. Deniz had only the most rudimentary equipment but he still managed to edit the tracks and create new music.

In 2011, Koyu earned the long-awaited recognition with his hits “Tung” and “Hertz” and made DJing his full-time job. Deniz signed a deal with Flamingo Recordings. He went on to record the remixes of Blunt’s “Dangerous” and Kaskade’s “Turn It Down”. Both remixes received international acclaim and were played in the night clubs around the world. The Le Grand magazine called Deniz a Breakthrough DJ/Producer 2011.

In 2014, Deniz released more widely recognized remixes for such artists as Zedd, Mike Snow, David Guetta, and Krewella. Deniz was quickly becoming one of the most famous DJ’s of the 2010’s. He created original music as well. Such hits as “Rage” and “Halo” brought him even more fame.

Koyu tours the world, performing at such famous venues as Cosmic opera in NY and Ultra Music Festival in Florida. He performed in the UK and brought his music to Europe. Deniz continues to work on new music and performs live at both the festivals and night clubs all over the world.