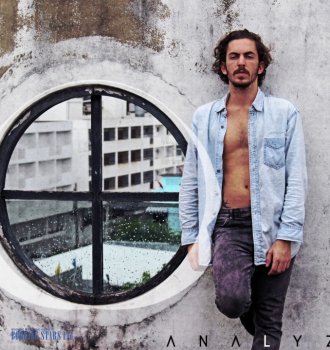 Dennis Lloyd – reggae, R&B, and indie pop musician from Israel Dennis Lloyd’s real name is Nir Tibor. He was born on 18 June 1993 in Tel Aviv. The boy loved music since childhood. When Nir was just 8 years old, he learned how to play the trumpet. At 13, he was already playing guitar. As a teenager, Tibor wanted to get a music education. His parents helped him enroll in Thelma Yellin High School of the Arts in Givatayim. Nir worked hard to come up with the right pseudonym. He wanted it to be well sounding and easy to remember. Nir was planning to release songs online so the pseudonym is aimed at the Internet users.

When still in high school, the aspiring artist was uploading his songs on YouTube. He also recorded music videos. That’s when the young man found his first fans and first critics. Many schoolmates didn’t understand why Nir likes reggae. Others were jealous of his talent. Eventually, the number of fans substantially exceeded the number of critics. Lloyd was on his way to becoming famous.

The first rays of popularity touched Lloyd when he released his first official single "Playa (Say That)". Even though the song didn’t make it into American and European charts, it was popular on the local level. Unfortunately, the single wasn’t commercially successful. In 2015, Dennis released "Snow White". Again, the single wasn’t a hit. It earned good reviews from some critics. Dennis decided that he needed a change of setting and moved to Thailand. He spent several months there, writing music. Eventually, he created more than 30 songs.

Upon returning to Israel in 2016, the musician recorded "Demons", "Analyzing", "Think About It", and "Acts & Results". The songs didn’t make it into the charts. However, Dennis didn’t give up and soon released a major hit. The single “Nevermind” climbed to high spots on numerous charts. It made the singer famous all over the world. The song topped the national Austrian chart and came in second in Switzerland. German fans put the song on the third spot. So far,”Nevermind” is the most successful song presented by Lloyd. However, he is unlikely to become a “one-hit wonder.”

In 2017, Dennis recorded two more songs "Leftovers" and "Nevermind (Alright)". They didn’t make it into the charts and failed to show a commercial success. However, the songs became popular among Lloyd’s fans. At that time, many clubs tried to book Dennis Lloyd for different events.

In June 2017, the music video for the song “Leftovers” appeared on the German YouTube channel “COLORS”. The video was viewed over 7 million times, which confirmed the interest of the European audience in the Israeli artist’s work.

In March 2018, Dennis announced MTFKR tour. The musician planned to visit Europe and North America. The journey began in May 2018.

The music critics compare Lloyd’s work to the work of such artists as Thievery Corporation, Bob Marley, Selah Sue, Major Lazer, and others.

Dennis creates music videos for almost all of his songs. They collect millions of views on YouTube and thousands of likes on social media. Lloyd tries hard to perfect his skills. That’s why he tends to release remixes to many of his songs. He says that each text and music must be polished to become a masterpiece.

The artist plans to continue his music career. He is hoping to release studio albums, which considering all the attention he has been getting, should become successful. Dennis records new R&B, reggae, and indie pop songs and performs live.