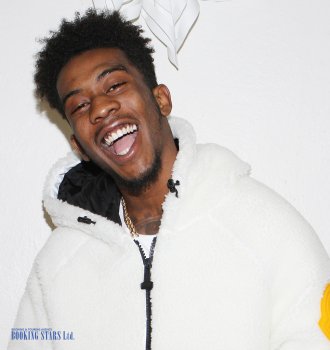 Desiigner is the name under that Sydney Royel Selby III performs. He was born on the 3rd of May 1997 in Brooklyn, New York. Sydney is known as a rapper. His talent for singing became obvious in the very early childhood, when he became a member of the school choir that sang at church. From then on, he firmly decided to connect his life with music. When he was 14 years old, he started to make the first steps in his career as a musician.

The first stage name that he used in the very beginning of his career was Dezolo. Later on, the tracks he produced were released under the name “Designer Royel”. Actually, it is his sister to whom he owes his current stage name. She advised Sydney to drop the middle name and add an extra letter “I”.

The debut single entitled “Zombie Walk” was presented to the public on the 3rd of December 2015. Not long after that, the second single called “Panda” was released. It was available on YouTube and SoundCloud. This single turned out to be very successful commercially and helped him to rise to fame. It became the single №1 on the American Billboard Hot 100 musical chart. Besides, it was re-released in 2016. After it, the single appeared on iTunes as well.

The style of his music can be described as a bit strange and mumbly. Southern hip-hop has had a great influence on it. Actually, it’s is a kind of trap music that first appeared in Atlanta, Georgia. The technique of how he performs his songs is very often compared to that one of Future – a rapper from Atlanta.

A well-known figure in the industry of music Kanye West heard his cut and decided to include it in his 7th album “the Life of Pablo”. It happened back in February of 2016. Sydney was offered a contract with Kanye’s GOOD Music label. As a result, he contributed to the album with 2 songs: “Pt.2” (that was remixed with the “Panda” single) and “Freestyle 4”. The same year, he took part in the SXSW (South by Southwest) festival during that he performed his new song “Pluto”.

He was interviewed by Billboard. In his interview, he said that his debut mixtape “Trap History Month” would be presented to the public soon. In May of the same year, music producer Mike Dean was officially announced to be an executive producing the debut mixtape of the rapper.

Desiigner is still working on it. However, some singles from the upcoming mixtape were released already in the beginning of 2017. They are the following singles: “Timmy Turner”, “Up”, “Thank God I Got It” and “Outlet”.