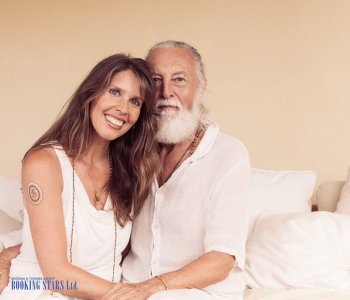 Deva’s mother was a teacher of medieval music, offering lessons in piano, harpsichord, and recorder, and leading a local church choir, and Deva’s father was a visual artist who had taken up Middle Eastern drumming when Deva was born. In addition, both parents had embraced Zen spirituality and Eastern philosophy, well before Deva’s birth, and had a daily practice of chanting in Sanskrit. When Deva was in the womb, for example, her father sang the Gayatri mantra to her daily, and when she was a little girl, he sang it to her nightly, as a lullaby. And so Deva’s childhood was filled with chamber music, drum circles, and mantras – in particular, the Gayatri mantra, which back then Deva had no idea was one of the most revered and powerful mantras of all.

For the most part, Deva did not appreciate her parents’ influence – musical or otherwise – until she was older. As a child, she just thought her parents were weird, and at the age of 10, wanting to be normal like the kids around her, Deva dove into studies of Christianity and pursued getting baptized. In addition, while Deva studied recorder, piano, and violin, and even enrolled in a school that emphasized music education and performance, she disliked the rigidity of classical music and the rigors of practicing. Even then, however, she was drawn to both choir and orchestra, because she enjoyed the act of creating music together, through community – foreshadowing her future.

Meanwhile, one thing from childhood resonated deeply with Deva, as she still was growing up: her mother’s discovery of Osho’s teachings. Deva immediately felt a calling, and at the age of 17, quit school and moved to India, to join Osho’s ashram – where she immersed herself not only in Zen theology but also in a menagerie of artistic expressions of the Divine: Sanskrit mantras, Sufis dances, Native American chanting, African drumming, and more. Having broken from guru tradition, Osho did not teach mantras as an official part of ashram life. He did, however, encourage all those in attendance to share their unique expressions of love, peace, oneness, and compassion, in whatever format and from whatever tradition.