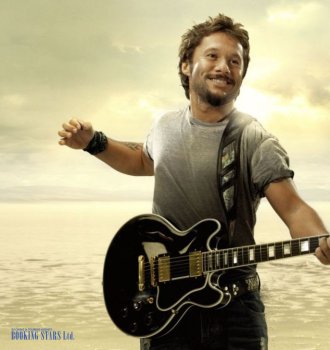 Diego Antonio Caccia Torres was born on March 9, 1971, in Buenos Aires. He works and performs as Diego Torres. Torres was nominated for Grammy awards twice. The artist managed to reach stunning heights as a singer, songwriter, composer and a TV, theater, and movie actor. This is not surprising since his mother Lolita Torres (1930 -2002) was a popular actress and singer. Torres was nominated for 17 Latin Grammies and won three of them.

In 1989, Torres started his music career. He performed as part of the band called La Marca. A little later, he decided to try acting. Diego managed to snag a leading role in the TV series La Banda Del Golden Rocket (The Golden Rocket Band). The show aired Argentinian TV for over 3 years.

In 1992, Diego signed a contract with RCA and released his debut album, Diego Torres. The producer of that album was the famous Argentinian musician and artist Cachorro Lopez. The album was certified platinum four times (two for the standard version and two for digital reedition). Shortly, Torres decided to spend less time on his acting career and focused on his music.

In 1994, the musician recorded a new album Tratar de Estar Mejor, which received 5 platinum certifications and just as the previous one, reached the top spot on Argentinian charts. The album helped Torres receive international recognition.

In 1996, the Italian composer and producer Celso Valli worked with Diego on a new album called Luna Nueva. The LP was less popular than the previous one but still made it to the top of the Argentinian Albums Chart. A couple of month after the album’s release, Diego went on a tour of Latin America, Spain, and the USA. Soon the LP was certified platinum in Argentina.

In 1999, Torres recorded his fourth album Tal Cual Es, which was again produced by Cachorro Lopez. The LP showed another one of Diego’s talents. He mixed different Latin sounds with tropical melodies. The LP received two platinum certifications and reached the top spot of the Argentinian Albums Chart.

The next album was Un Mundo Differente. It was recorded in 2001, in Miami and Buenos Aires. The LP featured Diego’s the most popular song “Color Esperanza”, which topped Argentinian charts for 12 weeks in a row. In 2003, the LP received a Grammy nomination. Over 3 million copies of the album were sold worldwide. At that time, Torres was enjoying immense popularity. Any organization would deem it an honor to book Diego Torres for its event.

Torres continues to work on his music and acting career. 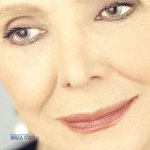 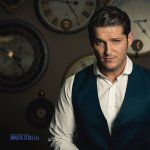