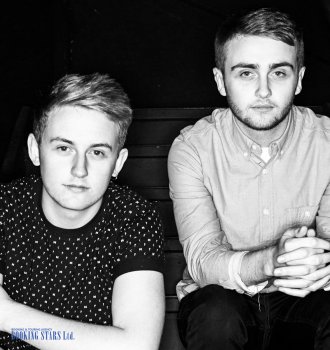 The electronic music duo Disclosure was formed in 2007, in London. It consists of brothers Howard Lawrence and Guy Lawrence. The duo is particularly famous for such hits as “Latch”, “White Noise”, and “Magnets”. They hold several awards, including 2 UK Music Video Awards.

The brothers were raised in a family, which had great respect for music. Their parents are professional singers and musicians. The duo creates hit songs using different styles, including dub step, house, funk, and R&B.

In 2010, the duo released their first single “Offline Dexterity” after signing a deal with Moshi Moshi Records. The single didn’t make it into the charts. About a year later, they recorded another single called “Carnival / I Love. …That You Know”. This time they worked with Transparent Records. The single also didn’t manage to become a hit.

In 2011, the brothers released their first EP Carnival. They gave out the self-released record for free.

In 2012, the Disclosure released another single “Tenderly/Flow”. It was the first song that allowed them to get on the way to popularity and recognition. The single received national support on the radio. The same year, the band released a new EP The Face. It was approved by the fans and the critics. At around the same time, they created one of the most popular remixes of the Jessie Ware’s song “Running”. The remix was a hit in the summer 2012. That summer, the duo performed at many festivals including Bestival on Ibiza. In the fall of 2012, the duo released their first real hit “Latch”. The song topped Billboard Dance/Electronic Music Chart and reached the 11th spot on the UK Albums Chart. It received several platinum certifications in the UK, USA, and Australia.

In 2013, the brothers released three more hit singles “White Noise”, “You and Me”, and “F for You”. They were conquering the charts and getting international recognition at the speed of light. The same year the duo released their first album Settle, which topped the UK Albums Chart and Billboard Dance/Electronic Music Chart. After the release of the album, they went on a worldwide tour and visited more than 40 cities in the USA, Europe, and Canada.

In 2015, the band released the second album Caracal. It was just as popular as their previous work, topping the UK Albums Chart and Billboard Dance/Electronic Music Chart.

In 2017, the brothers announced that the duo is going on hiatus. The fans are eagerly awaiting their return.