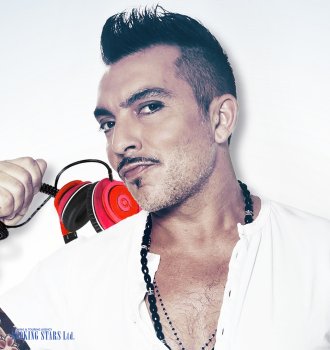 Alex Gaudino was born on January 23, 1970, in Italy. He is a DJ and record producer. Alex is particularly known for such hits as “Destination Calabria”, “Watch Out”, and “What A Feeling”. He was nominated for several music awards.

In 1998, Alex Gaudino together with Time Records owner created a recording label Rise Records, which became very successful in just a year. The label released the songs of such artists as Robbie Riviera, Black Legend, and The Temperer. The success of the label brought Gaudino a nomination as Best European A&R at the European Music Awards ceremony in London.

In 2003, Gaudino started working on both producing and recording. He is one of the people behind the success of the project called Supacupa & Sambatucada. His version of the song “Little Love” was nominated for the “Best Song of The Year” at Musica & Dischi Awards. Alex worked with such labels as Ministry Of Sound and Hed Kandi. He performed at their parties all over the world. His name is a frequent guest in the DJ Magazine charts.

In 2007, Gaudino recorded his most successful song to date “Destination Calabria”. The song featured the legendary artist Crystal “Gypsy Woman” Waters. It reached the 3rd spot on ARIA charts and the 4th spot on the UK Singles Chart.

In 2007, Gaudino reaped the benefits of fame once again by recording an even more popular song for the dance floor “Watch Out”. The track featured the singer Shena. The music video with the sexy soccer players got high spots on the Italian and British Charts.

In 2013, Alex released a new album Doctor Love. It featured a hit single, which was recorded in 2011, “What A Feeling”. The song reached the 6th spot on the UK Singles Chart and became an international hit. What a feeling was recorded together with Kelly Rowland.

Alex Gaudino continues to work on new music and conquers the charts all over the world. He does a lot of studio work and performs live.