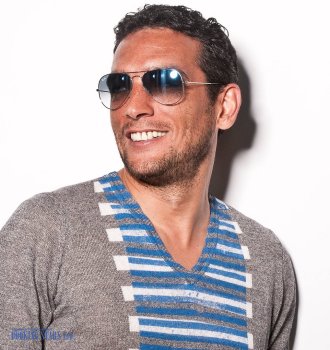 Antoine Clamaran - As a true Parisian, Antoine has always been in awe of sensual and emotional music. His parents' passion for music was inherited; by the early 90s, Antoine was a sophisticated music lover. The circle of his interests was wide, from the Beatles to the classics, but as soon as new music began to appear in France in the early 90s, which simply fascinated with its originality and freshness, Antoine plunged headlong into the study of club sound.

The new Parisian club radio station Maximum FM, which has taken the lead in providing club music to French listeners, has become his favorite wave.

It is not surprising that Antoine's first mixes sounded on the air of this radio station. While working for the radio station, Antoine starts throwing his parties and is noticed by the pretentious and perhaps the most glamorous club in Paris, LePalace. Antoine starts playing at the most famous Sunday party in Paris - Gay Tea Dance, together with the French disc jockey “icon” Laurent Garnier.

In 1992, Antoine began working in the studio in collaboration with the renowned house composer and remixer Laurent Pautrat. Their first release “I’ve got music in me” was a bomb, it was almost impossible to buy this record. Released on the BMG France label, this track has sold 100,000 records.

Antoine's success became the reason for his seclusion in the studio, in a relatively short period of time dozens of remixes were recorded on famous tracks: “funky music” by Calvin Stone, “oxygene” by Jean Michel Jarre, “party time” by Gloria Estefan, “you spin me round ”By Dead or Alive and“ Encore Une Fois ”by Euro smash.

Tracks that he released under the names Carayca, 400HZ, D Plac, LAC, Unchain & House Train became full-fledged inhabitants of the bags of fashionable house disc jockeys by 1997. Photo Photo by Antoine Clamaran In 1998, Antoine was included in the list of the 50 best selling musicians in France.

As a disc jockey, he continues to be a resident of the legendary parties at the Palace and Le Queen, over time he has acquired the status of a “cult” disc jockey for sophisticated clubbers in Paris.

After success in the field of commercial music, Antoine decides to return to "real" house. He starts releasing tracks under his own name and tries to target as many markets as possible.
Without a doubt, he became one of the fathers of the so-called "filter disco", or scientific "french filtered sound". The tracks “Do The Funk”, “Get Up” and “After” become mega hits.

Boris Duglosch, Erick Morillo, Pete Tong, Danny Rampling and Robbie Rivera have become regular promoters of Antoine's music, filter disco has become a “must have” for the stars of the stage, one of the new reincarnations of ageless house music.

Les Bains Douches and Le Queen, two of the largest Parisian clubs, gladly accept his sets as a permanent resident.

And the show on FG Radio enjoys the well-deserved love of clubbers. 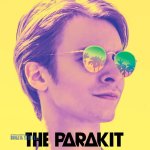 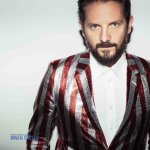