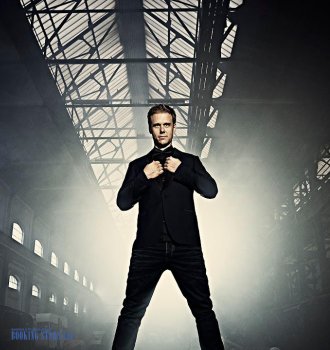 A talented DJ, Armin Van Buuren, was born on 25 December 1976 in a Dutch town Leiden. His father was a contemporary music fan, who taught Armin many different genres. When Van Buuren was young, he enjoyed computer games and paid special attention to new technologies.

A French composer, Jean-Michel Jarre, who worked with electronic music, inspired the young artist. Even though Armin enjoyed music, he was planning to enroll in the Leiden University to become a lawyer.

When Van Buuren was 14 years old, he bought a sampler Akai S-01, borrowed his father’s keyboard and recorded several tracks. He sent the demo to the famous musician and producer, Ben Liebrand. The producer accepted these tracks, and Armin earned his first salary. He used it to buy new equipment.

In 1995, the artist graduated from high school and enrolled in the university. In 1997, he recorded his first successful song, “Blue Fear”. It quickly gained popularity in the UK. Armin decided to quit the university and devote his life to music.

Van Buuren began his career as a DJ in the nightclub, Nexus, where he used to play 7-hour sets. When he was just 20 years, “Blue Fear” made it into the UK Singles Chart, which helped the DJ become famous. Two years later, he founded his own label. Soon Armin’s name made it into the charts with the new track “Communication”. It became a hit on Ibiza in 1999 and reached the 18th spot on the UK Singles Chart

In the summer of 2003, Armin Van Buuren celebrated the 100th episodes of a famous electronic music radio show, A State of Trance, with the release a debut LP, 76. The album contained 13 songs, the total time of which was 76 minutes. The same year, the DJ made it to the third position of the top-100 DJ list according to the fans’ opinion in the DJ Magazine. He stayed on the list for two years. Many organizers wanted to book Armin Van Buuren for private events.

In 2007, DJ Mag called Armin the best DJ in the world. Next year, he earned one of the most wanted pop artist awards in the Netherlands, Buma Cultuur Pop Award. The same year, Van Buuren released the third LP, Imagine, which immediately topped the national Dutch chart.

In 2009, three labels, Foreign Media Games, Cloud 9 Music, and Armada released a music game Armin van Buuren: In the Mix for Wii, which allowed the fans to create their own DJ sets. A year later, the artist released his third LP, Mirage, which featured such popular tracks as "This Light Between Us" and "Full Focus". The album reached high spots on European charts.

In 2013, the DJ was invited to perform at the coronation of the king of the Netherlands, Willem-Alexander. It was one of the greatest honors granted to a musician. The same year, he reached the second spot on the top-100 DJ list according to DJ Mag.

In 2015, the artist recorded a new LP, Embrace, which topped the Dutch chart and became a hit all over Europe. The single, “Another You”, which was recorded with a famous Dutch rapper Mr Probz went platinum.

In 2016, Van Buuren presented new singles, "I Need You" и "Sunny Days". The DJ filmed music videos for each of the tracks. They collected 18 and 32 million views on YouTube accordingly.

In 2017, the artist filmed several educational videos, which were later released on the Master Class platform. In the videos, Van Buuren talked about tips and technical tricks to help musician’s record tracks from scratch. He also shared his personal approach to electronic music.

Armin has an Instagram account where he posts photos from his concerts and festivals. He rarely talks about personal life or shares family photos.

Van Buuren continues working on dance projects all over the world. He often appears in Ibiza and Las Vegas.