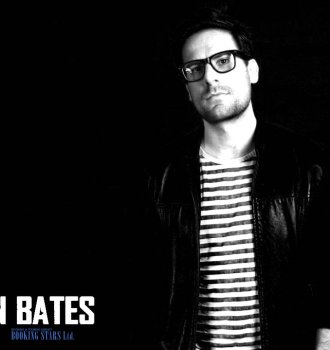 Dj Benjamin Bates is a famous Dutch DJ and producer.

The Netherlands has spawned many established DJs and producers in the electronic dance music scene, but Benjamin Bates is notable in many ways. Benjamin's music has always had a kind of schizophrenia that attracted listeners of a wide variety of genres, with influences ranging from "new wave" and alternative rock of the late 80s to house and rave music that quickly emerged later.

Since his career as a producer started around the same time he started as a DJ in big venues, his work has mostly focused on the dance floor, but between beats and flamboyant synths, you can clearly hear that he needs to do more than just please. crowd on Saturday night. His lyrics are far from the general nonsense of the most modern popular dance music - sometimes even politically motivated - and the music is suitable for both a home stereo system and a heavy bass speaker system. Benjamin produces, mixes and arranges all his music, plays all instruments and performs his own vocals. Like one pop band on steroids He thought about ways to survive, but if he doesn't grow six extra hands, it seems like an impossible mission.

Benjamin has DJed all over the globe, from New Zealand to Canada, drawing crowds ranging from his three neighbors and a dog to 35,000 in an indoor frenzy that is Sensation Amsterdam. Over the years, he has performed many international dance music hymns and has received numerous awards for his performances.

Benjamin is actively working on the dance floor, he worked in the best clubs and at most exciting festivals of the world, and even led one of the most extravagant dance party in Amsterdam.

Dj Benjamin Bates is performing all over the world and is ready for booking!