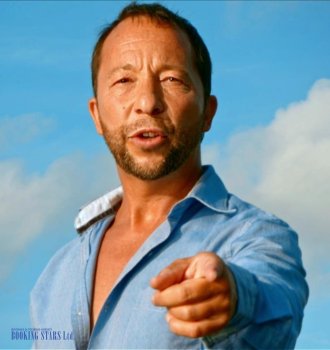 Bob was born on January 25, 1968, in Switzerland. He is a DJ, singer, record producer, and dancer. Bob is particularly famous for such hits as “Somebody Dance With Me”, “Everybody”, and “Let The Dream Come True”. He holds numerous awards, including 10 Swiss awards for being the best-selling artist.

In his youth, Bobo (real name Rene Baumann) liked rhythmic music. The beginning of his career wasn’t easy. His first singles were failures and didn’t get into any charts. In 1988, Rene won the top prize at the Tropic Disco in the German town Memmingen and came in third at an international festival on Ibiza. Back then, he was still using his real name.

In 1989, Rene adopted the stage name DJ Bobo. The artist released his first super hit song “Somebody Dance with Me “ in 1992. It topped the Swiss charts and earned a golden status in many countries, including Germany, Israel, and Sweden.

In 1993, Bobo released his first studio album Dance With Me. The LP immediately became popular in many countries. It reached the 4th spot on the Swiss Album chart. The best song from the album “Take Control” was certified golden in Germany.

In 1994, Bobo’s single “Everybody” reaches the second spot on the German Singles Chart. The same year he released his second and most famous album to date There is a Party. The single from that album “Let The Dream Come True” received a golden certification. Another single “Love Is All Around” went golden in Germany 6 times.

In 1995, Bobo released a compilation album Just for You. The LP went platinum in Switzerland. It contained two hits “It’s Time for Christmas” and “Love is the Price”.

In 1996, Bobo released his most commercially successful album today World in Motion. The LP topped the Swiss Albums Chart and was certified platinum twice in Switzerland and once in Germany. The single “Pray” became an international hit.

After the release of Visions, Bobo’s popularity started to slightly wane but he kept releasing hit albums and getting high spots on charts. His latest album to date Mystorial (2016) reached the 5th spot on Swiss Albums Chart. DJ Bobo continues to work on new songs and performs live. 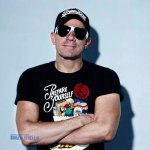