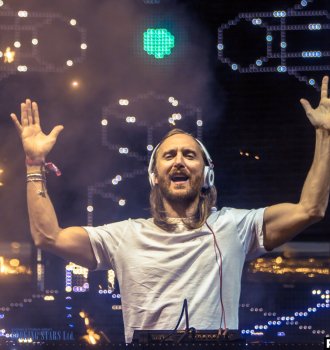 Pierre David Guetta was born in Paris on 7 November 1967 and became the third child in the family. His father is from Morocco while his mom is Belgian. David was showing interest in music since childhood. He had an obvious talent, which was hard to overlook. By the time Guetta turned 15, he already performed at the local parties. Several years later, he got a job in the Parisian club, Broad Club.

When he was 20 years old, David heard the music, recorded by Farley Keit on the radio and got inspired by it. It was a house single. The genre was new at the time. Guetta realized that he wanted to pursue this genre and create something similar. Immediately, he started working on making his dream come true. A year later, the first songs were ready.

In 1990, together with a French rapper, Sidney Duteil, David recorded his debut single “Nation Rap”. Four years later, Guetta joined Robert Owens to record a new song “Up & Away”.

In 2002, Guetta released his debut LP, Just a Little More Love, which sold over 300,000 copies. He recorded the album with the assistance of a successful vocalist, Chris Willis.

Next year, David presented a compilation album, Fuck Me I’m Famous, which featured a popular single "Just For One Day (Heroes)". It was a remix of David Bowie’s “Heroes”. The title for the album came to Guetta at one of the parties. On the cover, the first word was stylized as “F***”. Throughout his career, the singer released several more albums that started with the same words.

In 2004, Guetta recorded a new LP, Guetta Blaster, which featured a house music anthem, "The World Is Mine". The DJ recorded the single with the assistance of DJ Davis. Together, two DJs recorded two more hit singles, "Stay" and "Money". At that time, many fans wanted to book David Guetta for private events.

In 2006, the artist presented a new track, "Love Don’t Let Me Go", which was a mashup of the same name single released in 2002 and a song “Walking Away” recorded by The Egg. The mashup became much more successful than the original songs and earned gold status in France.

In 2007, David recorded his third LP, Pop Life. It sold over 530,000 copies. The lead single “Love is Gone’ reached the third spot on the national French chart and made it into Billboard Hot 100. The album featured other hit singles, such as "Baby When The Light", "Delirious", and "Tomorrow Can Wait".

In 2011, the DJ presented a new LP, Nothing but the Beat, which came out on two discs. The first one featured vocals while the second one contained electronic music. The album went platinum in many countries and reached high spots on the USA and UK charts.

In 2014, Guetta began working on his sixth album, Listen. It came out in November and earned positive reviews from both fans and critics. David invited many celebrities to help him record the album.

In September 2017, the artist announced the European tour, which began in 2018. Two months later, he recorded a short music video for this new song, "Dirty Sexy Money", which turned into a big hit. It collected more than 18 million views on YouTube.

In February 2018, David released a new single “Mad Love”, which he recorded with Becky G and Sean Paul. Initially, Guetta invited Shakira for female vocals. But then Becky G took her place.

David Guetta doesn’t reveal too many details about his personal life. He believes that his fans are more interested in his music. He used to be married and has two children. 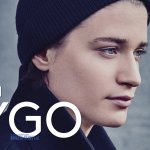