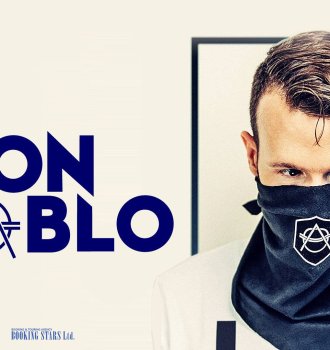 Don Diablo was born on February 27, 1980, in the Netherlands. He is a DJ, singer, songwriter, and producer. He is particularly famous for such songs as “Who’s Your Daddy”, “Animale”, and “Easy Lover”.

Don Diablo (real name Don Pepijn Schipper) became famous rather recently. He managed to build an army of fans by successfully mixing such styles as funk, punk, hip-hop, house, and rock. All his tracks and remixes are appreciated by the fans and the critics. The sound of this DJ is surprisingly fresh and unique. Don Diablo makes it his goal to attend various music festivals and play in the most famous night clubs on the planet. For example, he is a frequent guest at Ministry Of Sound, Gatecrasher, Lowlands, Mysteryland, Creamfields, Haoman 17, Turnmills, Innercity, Extrema Outdoor, ElectroNation, Dancevalley, etc.

Besides reaping the benefits of his fame in the Netherlands and the UK, Diablo goes on regular tours to other countries. He is very valued in Australia and USA. Diablo is also very famous in Brazil. As a producer, Don Diablo released several tracks, remixes, compilations, and albums. His singles often appear on the Netherlands Hot 100 chart. In 2005, Diablo received one of the most desired GK awards as Most Sexy Male DJ.